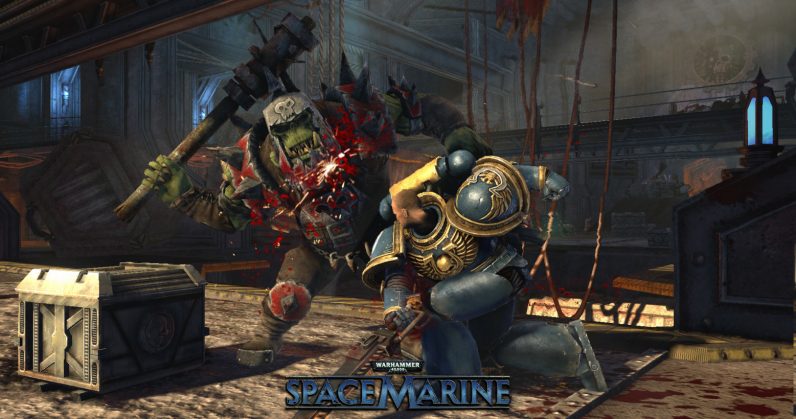 If you’re a PC gamer looking for something to play this weekend, might I suggest Relic’s 2011 masterpiece, Warhammer 40,000: Space Marine?

It’s a fast-paced third-person adventure, with a delightful mix of shooting and melee combat. And although it’s been a few years since its release, I believe the game has aged well, and its graphics won’t have you cringe at the sight of its levels and characters. As a fan of third-person action titles, I’m happy to report that is easily one of the most fun and satisfying games in the genre.

You’ll take on the role of Captain Titus, an Ultramarine in the Warhammer 40,000 universe, as he first helps rid the Forge World Graia of invading Orks. Of course, the battle with these fearsome aliens doesn’t end there, and you’ll be tasked with acquiring powerful weapons to take them on in more battles.

Space Marine usually costs $30, but you can snag the PC version for free from Humble Bundle by signing up for the store’s newsletter. That’s a fantastic deal by any measure.

Read next: Need to inspire your content marketing team? Try these 12 tactics