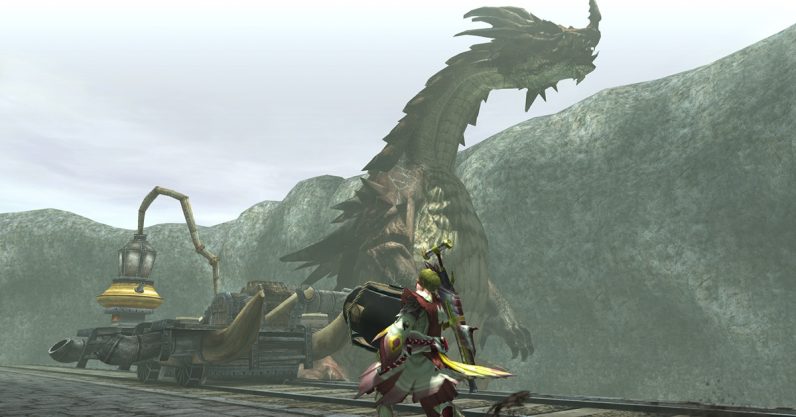 The first Monster Hunter game for the Switch has finally arrived. Generations Ultimate may not be quite as beginner-friendly as World, but if you’re already a fan of the series, you’ll find it’s a glossy port of the classic formula.

Monster Hunter, as a series, is best described as a dramatization of what would have happened if humans had existed on Earth at roughly the same time as all the ancient, prehistoric beasts did. You, as a Hunter, are tasked with stalking, killing, and carving up the massive beasts from the world around you, after which you can turn their body parts into armor and weapons.

If you aren’t familiar with the series, then it’s fair to warn you these hunts you go on are not simple trips to walking grocery stores. Every fight is more like a battle of attrition than a traditional gaming boss encounter. The monsters make you work for every ounce of benefit you yield, and you’ll learn to respect even the entry-level beasts pretty quickly.

Monster Hunter Generations was originally released on the 3DS in 2016. Generations Ultimate (hereafter known as GenUlt because that is a mouthful) is an updated rerelease with more monsters, more hunter arts, and added difficulty. While I didn’t play the original, you can tell it was first created for a smaller device. I don’t mean to say the quality is poor. In fact, it looked pretty good on my HD TV. It’s just got that jagged, cartoonish look I associate more with my 3DS than I do the Switch.

The main thrust of Monster Hunter is the loop of building yourself up by taking on progressively bigger and more difficult monsters and pillaging them for parts. Capcom has that particular kind of gameplay refined to a science by now, and it’s just as addictive in GenUlt as it was the last time I played in Monster Hunter 4. And while I didn’t get nearly good enough to try my hand at G-Rank, I found myself thinking I could get there with more practice and time.

There’s a lot to do in this game — hunts, sidequests, and ground to cover. You can play as one of the mischievous little Palicoes in Prowler Mode, or team up with fellow Hunters either in online multiplayer. You can spend hours tackling the first area, and it’s just the tip of the proverbial iceberg.

The trouble is, I think there will be a lot of players coming to this as newbies. World sold over 10 million units, almost six million more than the original Generations, so I suspect this means Switch owners will want to get in on the same action as their PC/PS4/XB1-owning counterparts. But if you do, you’ll have to get used to grinding pretty quickly. These games are all about putting in grunt work to get better armor and weapons, and stocking up on necessary items. Sometimes you have to grind because you just plain need the practice before you go on to bigger and fiercer creatures. If that’s not your thing, you’ll find this game pretty unforgiving.

The main drawback for GenUlt is that it almost instantly draws comparisons to Monster Hunter World, which is a real apples to oranges situation. But since we’re talking about Monster Hunter games on the major current-gen consoles, it’s an unavoidable scenario.

GenUlt is more of a game for the entrenched Monster Hunter fan than World is. Despite World’s ostensible bigness, GenUlt feels like the more overwhelming experience when you boot it up. It doesn’t have World‘s lush beauty, but it does have a bigger collection of monsters — the roster is three times the size of World‘s — and that’s the more important part.

When you first enter the world of World, you’re given a lengthy cinematic cutscene setting up your role in the expedition. You have your first encounter with a Monster which is, while scripted, a good set-up for exactly the kind of scope you’ll be seeing from that point on. Your NPC friends also hold your figurative hand while introducing you to the camp, showing you how every in-game mechanic works and helping you navigate through your earliest quests.

In GenUlt, you’re thrown directly into the first village and told to just figure it out on your own. Sure, you can take on the tutorials and take everything slow. But if you just want to get right into some low-ranking quests, then you do you, daredevil. No scoutflies helping you track the monsters this time — you’ll do it yourself, on foot, or you won’t do it at all.

GenUlt fulfills one niche heretofore untouched: It’s a current-gen, HD release of a Monster Hunter game that’s made specifically for series fans. It’s not the prolonged warm welcome that World is, but for those who’re used to the franchise’s tricky and occasionally frustrating formula, then it’s a pleasing return to form. But if you’re used to World — and especially if it was your first Monster Hunter game — then Generations Ultimate may give you a bit of culture shock.