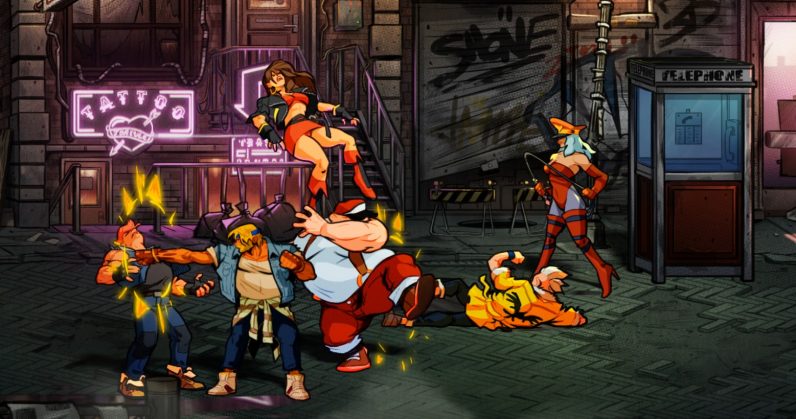 It’s been 24 years since the release of the last instalment of Streets of Rage, a gritty, over-the-top side-scrolling action game series developed and published by SEGA for its 8- and 16-bit consoles – and it’s finally getting a new sequel.

That’s thanks to studios Lizardcube and Guard Crush Games, as well as Paris-based publisher Dotemu, which are working together on Streets of Rage 4.

They have a trailer out that shows a beautiful new hand-drawn art style and animations, two of the game’s iconic characters – Axel Stone and Blaze Fielding – who you can play with either solo or in co-op mode, and tackle a shadowy villain in a city riddled with criminals.

It doesn’t explain what sort of new game mechanics we can expect – though the press release promises some. Dotemu also hasn’t specified which platforms the game will be available on, or when it’ll arrive.

However, it’s worth noting that the publisher is collaborating with Lizardcube just as it did on 2017’s Wonder Boy: The Dragon’s Trap, and they launched that title on PS4, Xbox, Switch, Windows, Mac, and Linux; hopefully they’ll do the same with this new project.

As someone who grew up on a steady diet of co-op brawlers, I can’t wait to fight crime with my bare knuckles again. Chop chop, Dotemu.

Read next: Toyota teams up with Uber to build self-driving cabs in $500m deal