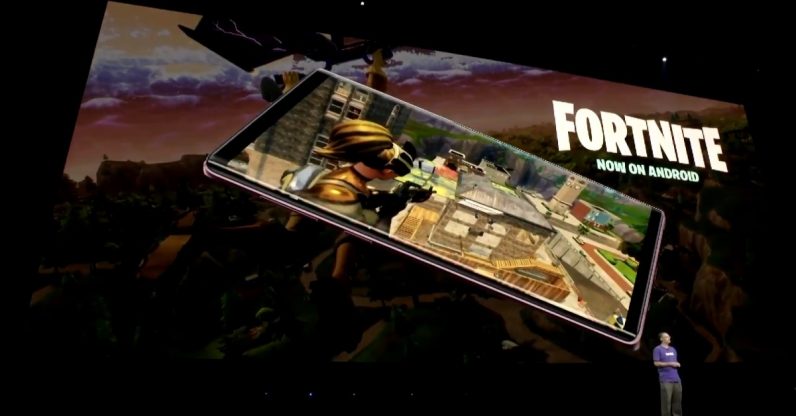 Samsung users get to be the first to access the Fortnite beta on Android — a beta which begins right now.

Epic Games CEO Tim Sweeney revealed the exclusivity deal at Samsung’s Unpacked event, where the company also revealed its new Galaxy Note 9. He also announced that Note 9 and Tab S4 users would have exclusive access to a skin called “Galaxy.”

The announcement contradicts an earlier rumor that the beta would be exclusive to the Note 9. The game will also available to those with Notes 7, 8, and 9; S7, S7 Edge, S8+ and S9+; and Tabs S4 and S3. According to a company spokesperson, Galaxy users will have access to the beta via the Samsung Game Launcher app on the phone. The exclusivity only lasts the for a few days.

Read next: TRON redefines 'shitcoin' by putting smart toilets on the blockchain