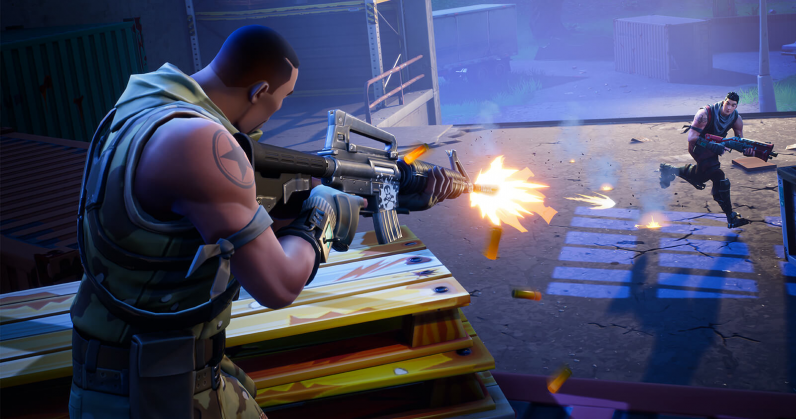 In what surely constitutes a sign of the coming apocalypse, parents are shelling out up to $20 an hour for coaches to help their children suck less at Fortnite. Or, you know, maybe the internet is overreacting, just a tad.

Fortnite, by any metric, has been a huge success for Epic Games. The free-to-play Battle Royale game pits 100 players against each other, either alone or in small teams. Players battle until everyone else is wiped off the map. Think Hunger Games, only with more pastel colors and goofy-looking avatars.

You’re free to criticize those enabler parents and their desire to fork over hard earned currency on something their kids enjoy, but why would you?

I get it, go outside. Kids should play in the dirt, eat bugs, and all that shit. It’s what we did as kids, and we’re obviously happy and well-adjusted adults who are not at all depressed or anxiety-ridden. Not us. Dirt, the world’s first super food, saved us all from this level of hellacious living.

We don’t levy the same sort of parental fury on studious kids building robots or studying Ruby in their bedrooms. We rarely have an unkind word for those who’d rather curl up with a good book than dig worms out of the garden. And I’ve yet to hear anyone draw the ire of their Facebook parenting group for paying thousands of dollars a year on athletic coaches, or private tutors that not only keep kids indoors, but add to the significant pressures of an already stressed out generation.

Moderation, as with all things is key. I’m in no way advocating for parents that allow their kids to mindlessly mash buttons all day in hopes of pwning noobs. Presumably, though, we all understand the benefits of exercise and off-screen activities.

And these tutors aren’t without their benefits. According to a report from The Wall Street Journal, parents are even taking lessons themselves in an effort to better connect with their kids. JD Giles and his 10-year-old son, Blake, look forward to their weekly gaming sessions. Giles recently enlisted the help of a coach, paying $45 for three one-hour sessions — and committing to at least three more for himself and his son. The investment, he says, is already paying off. “Within one week, I actually got a solo win,” Giles said. ” The other dads I play with congratulated me. I earned a little credibility with my son and his friends — and my wife and daughter made fun of me.”

There are real things in the tech world worthy of your criticism: Facebook‘s desire to control every aspect of our lives, Google’s data collection, or Amazon‘s steady push into a role that could upend the economy as we know it.

So save the outrage.

A Fortnite tutor, after all, is just the modern version of Nintendo Power fleecing all of us our our allowance money in the 90s.

Read next: Blind gamer racks up 7,600 kills in Call of Duty: WWII