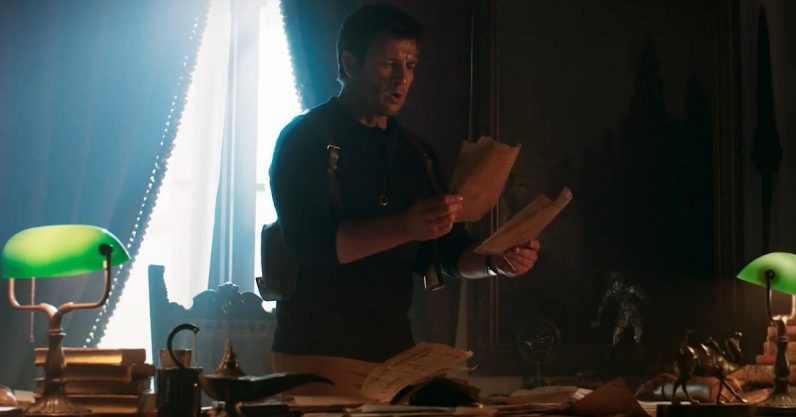 The fifteen-minute slice of fun was directed by Allan Ungar — a huge fan of the series, according to IGN — and stars Fillion as the wisecracking treasure hunter. Stephen Lang and Mircea Monroe back him up as Sully and Elena respectively.

Go ahead and watch it here:

This was apparently teased last week when Fillion posted a pic to Instagram of rapper Drake with the caption “Sic Parvis Magna” — the Latin motto of Sir Francis Drake. At the time, I’d have told any Uncharted fans not to get their hopes up, as the phrase’s meaning “Greatness from Small Beginnings” could, if you squint, be applied to the former Degrassi star.

Then Fillion also posted a pic of a pile of maps and a magnifying glass with today’s date in the caption and that made the case a bit stronger. I assumed today would see the release of a poster or, at best, a trailer for a new Uncharted-esque movie with which Fillion was involved, not the real deal. But it looks like I underestimated both the director and star (who’s also one of the producers).

A full-length Uncharted film has been in the works for quite some time — I remember hearing rumors as far back as the release of the original game. At last report, it was a prequel starring current Spider-Man Tom Holland.

But Firefly star Fillion has long been a fan favorite for the role of Drake, and, if his cracking wise in this short film is any indication, the fans’ trust was not misplaced. After hearing his voice most recently as my man Cayde-6 in Destiny, it’s good to see Fillion in the flesh once more — especially when he nails the delivery of Drake’s iconic catchphrase: “Aw crap.”

As video game go, Uncharted is one of the series most ripe for a good film adaptation — which is not a recommendation I make lightly considering something is usually lost in translation between the two mediums. Fillion said in an interview with IGN that this potential was at least part of the reason he and Ungar made the short: “Here’s this incredible property, it’s out there, and no one has done anything with it yet.”

The only thing which could have improved it — in spirit, if not in execution — would have been a bit more focus on climbing since Drake does exactly none of it in this short.

Read next: Chinese authorities are sampling sewage to flush out drug users