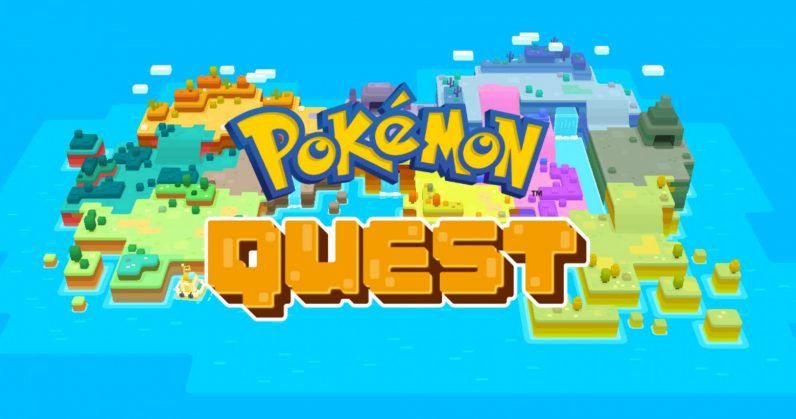 Following an announcement last month about four new Pokémon games coming to the Nintendo Switch, the first has now arrived on mobile as a free-to-play title.

It’s called Pokémon Quest, and it takes you to a new environ called Tumblecube Island that’s filled with the mini monsters, as well as collectibles to power them up for battle.

The game features cute voxel art-style graphics, with plenty of colorful, blocky flora and fauna filling your screen. You’ll start off exploring the island with a single Pokémon, who you can send off on expeditions to fight other monsters, and collect items for boosting itself and stocking up your base camp.

As you progress through levels, you’ll grow your squad of Pokémon, level them up, and fortify your base to attract more powerful monsters.

From the first hour I played, I found the action easy enough to get into with dead-simple controls – but I’m not sure there’s much more to this game than tapping special move buttons, and powering up your characters.

As it’s a free-to-play title, you’ll find a bunch of timers on things like cooking pots and  that you can speed up with tokens that you can earn through play or by ponying up real cash. The in-app purchases aren’t overly annoying, but your progress without them will slow to an agonizing crawl soon enough.

That said, if you’re looking for a casual Pokémon-themed time waster for yourself or your kids, this is a fun way to kill a half hour at a time. Find Pokémon Quest on Google Play and in the App Store.

Read next: The BlackBerry Key2 is now available in the UK with an MSRP of £579