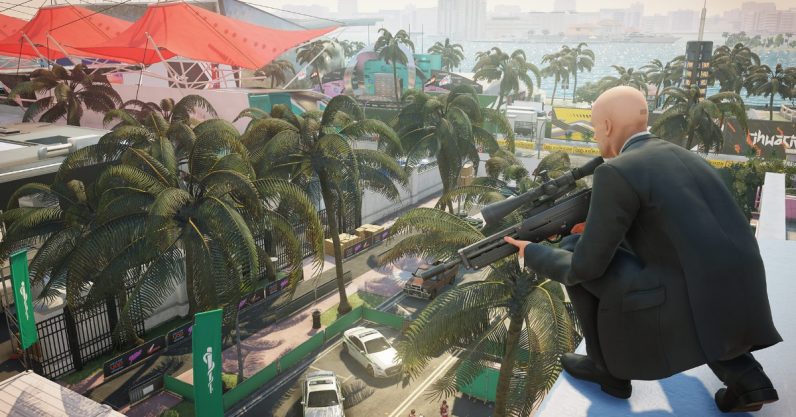 WB Games revealed the trailer for the Hitman 2, the latest game in the venerable murder-for-hire franchise.

Anyway, the trailer shows stone-faced killer Agent 47 poised to eliminate targets in locations such as race tracks or rainforests. As with all previous games in the series, this sneak peek emphasized the a la carte approach to offing your targets, showing multiple means and methods for accomplishing your tasks.

According to IO Interactive, the story goes as follows:

Continuing the ultimate spy thriller story, HITMAN 2 allows players to take on the role of the masterful Agent 47 and embark on a mission to hunt the elusive Shadow Client and unravel his militia once and for all. However, when 47 learns the hidden truth about his past, nothing will ever be the same.

The game trailer is notable not just because it announces a new game but also because it’s a sign the franchise is still alive. Last year, publisher Square Enix cut ties with developer IO Interactive. The developer is now an independent entity, and retains the rights to the Hitman intellectual property. It’s nice to see the break from Square Enix hasn’t kneecapped the whole franchise.

Hakan Abrak, CEO of IO Interactive, said of the partnership with WB Games:

We couldn’t have wished for a better partner than Warner Bros. to bring this game to our passionate community and introduce new players to our universe. Welcome back 47!

Those who pre-order Hitman 2, which will be released on November 13, will also have early access to a co-op mode called Sniper Assassin — which, judging from the video on the livestream, is exactly what it sounds like.

Read next: Steam's hands-off approach is the only one it could take