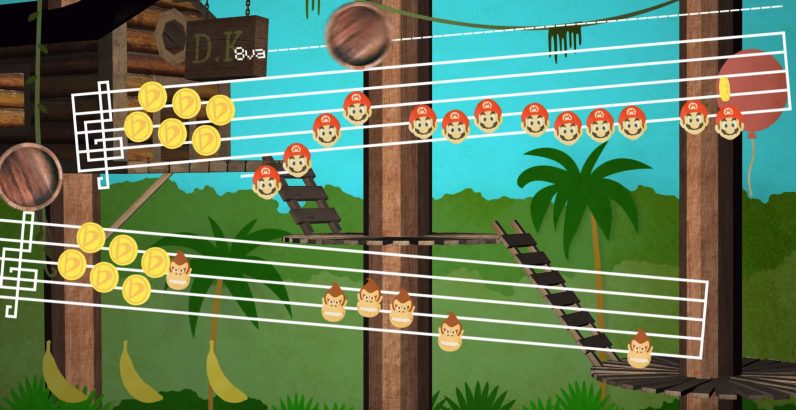 No videogame company has as wonderful and diverse a collection of music as Nintendo. Composers like Koji Kondo – he composed the iconic Mario and Zelda themes, to name a few – have created an incredible sonic palette of music that’s as hummable today as 20 years ago.

Point is, I’ve spent a lot of time listening to videogame music, but I might’ve just come across one of the greatest mashup of Nintendo tunes ever:

YouTuber Grant Woolard is known for his music medleys – his classical music mashups have millions of views – complete with visuals showing every note and key change. This video features particularly cute animations with nods to several of the games involved. In a little over four minutes, the 46 melodies are interwoven with seamless counterpoint and harmony set to charming 8-bit-ish sounds.

I’m going to have a lot of music stuck in my head today.

If I have any criticism it’d simply be that they’re mostly older tunes, so the video is missing out on some of the great melodies of more recent Nintendo games like last year’s Super Mario Odyssey and Breath of the Wild. Hopefully there’s a part two in the works, but in the meantime you can check out more of Woolard’s work on his channel here.

Read next: Senator John Thune is the patron saint of bullshit and his remarks on net neutrality are lies