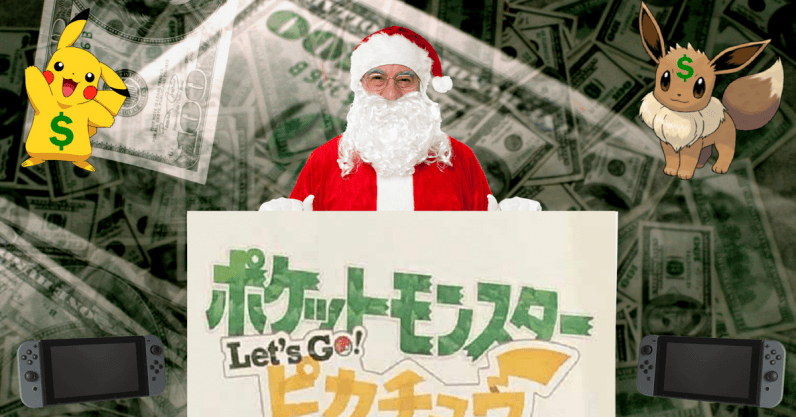 According to Nintendo insiders, the direction and name of the upcoming game in the Pokémon series has been revealed.

The above post by Serebii, a website dedicated to the franchise, revealed that the new domains were registered by the same company Nintendo used to handle the websites of previous Pokémon games.

This news comes hot on the heels of a tweet (supposedly) revealing the Japanese cover art and some leaked details from 4chan, as well as a blog post by Nintendo insider Emily Rogers, who hinted at what fans can expect from the new games.

Rogers mentioned that the release of the Nintendo-developed ‘Pokémon Go Plus’ – a wearable that lets users play ‘Pokémon Go’ without looking at their smartphones – hinted at the future direction of the games. Specifically, she asked readers to “think about what Pokémon Go might mean for the future of the Pokémon series,” something seemingly confirmed with the “Let’s Go” branding of the new games.

All evidence then points to a Switch version of the series that blurs the lines between the interactive, AR experience of Pokémon Go and the older RPG-style titles. With the game slated for release this year, only time will tell how correct that is.

Until then, let us know on Twitter and Facebook what you think of the slated titles for the games.

Read next: Create and host a WordPress powered site in minutes including top-notch security for under $50