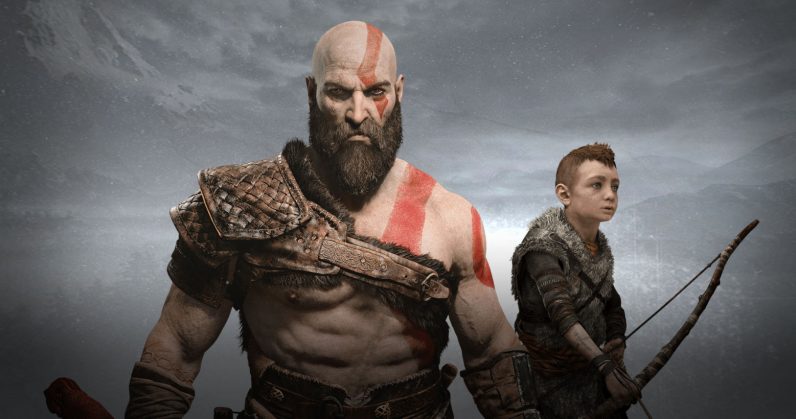 When Sony contacted me about reviewing the latest God of War iteration for PS4, I thought I knew what to expect. Previous versions have ingrained its distinct style, borrowing from games like Prince of Persia, while retaining enough defining characteristics to become something wholly different. It’s button-mashing fun. A game with insane combos, brutal kill scenes, and cinematic plot-driven narratives and dialogue.

Sony hit on a formula that worked, and managed to hitch its wagon to a franchise that spanned half a dozen iterations over a period of eight years. Kratos was money, and fans are still clamoring for anything with his battered mug on the cover.

So when I started up the latest God of War, I was pretty sure I knew what I was getting myself into.

Try not to dwell on it

This version feels both familiar, and entirely new. It’s a notion Sony no doubt compartmentalized when delivering a bit of clever dialogue in the opening moments. In what I later discovered was foreshadowing, our anti-hero Kratos delivered the following gem to his son, Atreus: “Everything is different. Try not to dwell on it.”

He’s right. It is different.

For starters, the franchise made the switch from Greek to Norse mythology. For all but the most ardent history buffs, you probably won’t even notice. The idea of gods and humans, demigods and magical beings, is well-established in the franchise. Swapping in Thor in exchange for familiar faces like Zeus, Athena, and Ares does little to upset the balance.

Then there’s Kratos’ son, Atreus. The boy wields a bow and aids his father in both combat and on side quests. He never feels burdensome, though he’s not exactly useful in combat until you’ve leveled up his character later in the game.

While not the best sidekick in early combat, he’s essential in travel. You’ll often rely on Atreus to drop down ropes or chains needed to climb to higher places (after boosting the boy to the ledge). He’s never going to level a field of monsters in Kratos’ absence, but his combat skills progress as the game moves on and he ultimately proves to be a worthy companion.

Atreus is a pivotal addition not just as a sidekick, but a key driver of an already excellent plot. The addition adds depth to a familiar character in Kratos, who himself has changed from versions past. Age is something the demigod wears well, as made apparent by his newfound wrinkles, grizzled beard, and a level of wisdom and prudence previously unseen. He’s driven not just by vengeance, but in connecting with his son and sharing the lessons learned both in victory and defeat. It’s clear, though, that this part of humanity is a lesson Kratos himself hasn’t quite mastered. In the opening hours of the game, he reaches out to console a grieving Atreus several times, only to pull back for reasons unknown.

Here’s to hoping his second attempt at fatherhood ends better than his first: where he murdered both his daughter and wife in a fit of rage after being tricked by Ares, the god of war.

I came to crack skulls

Softer, but no less of a badass, Kratos benefits a great deal from an improved combat system. Gone are the days of button-mashing combos and that odd on-screen overlay and HUD. God of War now benefits from a redesigned system that feels eerily reminiscent to Dark Souls, and only utilizes controllers’ R1 (light and fast) and R2 (heavy and slow) buttons to deliver punishing blows to humans, gods, and all sorts of beasts.

Combos are now born of your own creativity, not remembering a ridiculous string of actions.

Using L1 to block, or L1 + X to evade foes is decidedly satisfying, a feeling that you’re often one step ahead of clumsy foes. This feeling quickly fades as you progress, but the simple combat system remains delightful throughout. Aside from that, throwing your axe is accomplished by pressing L2 to aim, and then R2 to release. You can recall the thrown weapon by pressing triangle.

Simplicity in combat makes battles that much more engaging, as does the ability to prioritize enemies in a way that brings a new level of strategy lacking in previous versions. Close quarters combat brings the same frenetic pace that you know and love, while the addition of Atreus’ bow and arrow allows Kratos to take a more strategic approach to leveling endless waves of baddies.

Kratos and Atreus also benefit from a robust upgrade system. A quick visit to Brok’s Shop allows both characters to upgrade armor, weapons, and personal enhancements that have a noticeable impact in combat. These upgrades require constant exploration in an attempt to gain XP, materials, and the in-game currency, Hacksilver.

A masterpiece and sure-fire Game of the Year contender

In an attempt to avoid spoilers in talking about the storyline, I’ve mostly glossed over it entirely. Suffice it to say, though, it’s excellent. The dialogue is sharp and impactful, and the narrative really moves, never really feeling like it gets bogged down under the weight created by recollecting lore from the previous eight games. Even as a series newcomer, you could pick up God of War here without ever really feeling like you’d missed much.

For series veterans, it’s worth noting that Kratos is still the star of the show, but it’s Atreus’ character that propels the storyline forward.

In a departure from previous entries to the franchise, Kratos’ decisions are now impacted by the desire to both connect with, and pass along wisdom to his companion. Atreus, on the other hand, soaks up knowledge like a sponge, seeking to understand his father in an attempt to be more like him — something Kratos struggles with throughout. It’s a brilliant back-and-forth that makes this iteration of God of War unlike any version you’ve played previously.

Read next: Rant: Snap is making a new version of Spectacles nobody asked for