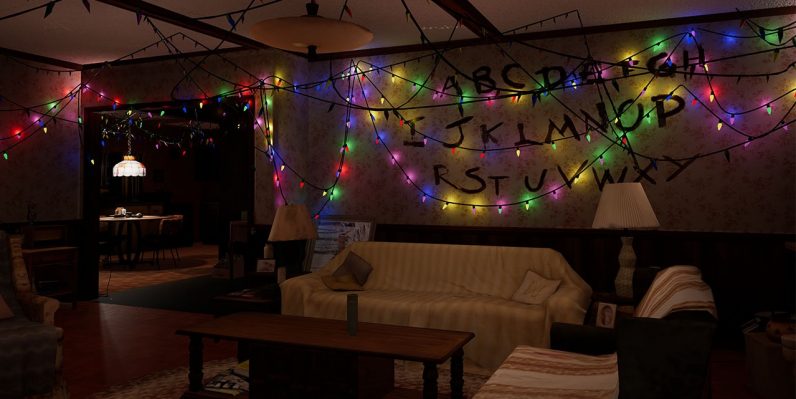 Sony today released its Stranger Things VR Experience on the PlayStation store. Don’t get too excited though. It’s shorter than Eleven’s Season 1 haircut, which is a crying shame.

The game, first teased back in October, appears to take place during the first season of the show. Promotional images show the Byers’ light-festooned home and little else. From what I’ve been able to tell, the game consists of a few jump scares and an extended trailer for the show. In fact, it looks almost identical to the 360 video on the Netflix YouTube channel.

The whole thing sounds fairly tame, if we’re being honest. Especially given the potential for allowing the viewer to visit the Upside Down. I feel like tie-ins, especially to such interesting series as Stranger Things, should be made with the view to bring in potential viewers. If I wanted to experience Stranger Things, I don’t see why this would make me want to watch the series.

As it is, this is just another mindless bit of fluff for PSVR owners to pass the time. I feel like the experience could have been made richer or more intense, if only to make it more interesting to series fans.

The game is free on the PlayStation store, which is an admitted point in its favor.