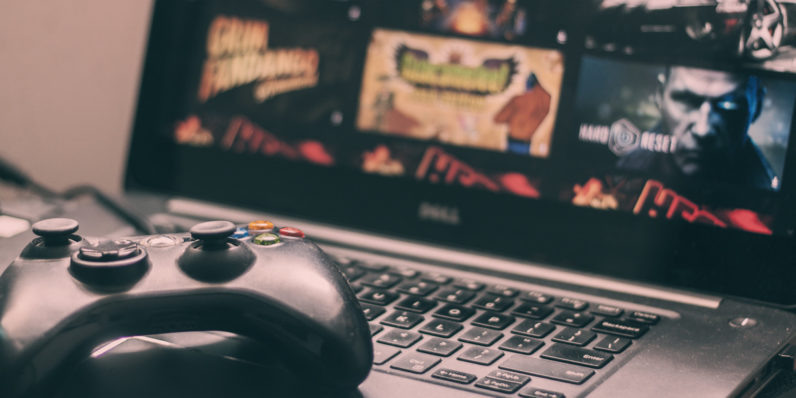 Want to play games but have an older or less-capable laptop? Join the club. My work computer can handle 30+ browser tabs at a time along with Photoshop and even Slack, but it groans under the pressure of running recently launched games.

We’re certainly not alone in this, but I believe there’s hope. Unless you want to play specific graphics-intensive titles, there are several things you can do to have fun gaming on your modest laptop. All it takes is a bit of homework, some elbow grease to fiddle with settings, and an open mind.

What can you play?

Let’s get the worst out of the way first: if you don’t have a powerful laptop, you can forget about playing AAA games released this year from most of the major studios. We’ll share some tips on how to try getting them to run, but know that you’ll be setting up yourself for a decidedly sub-par experience.

Instead, I recommend looking at older games that have aged well, and aren’t only known for their cutting-edge graphics. Look up best-of and recommendation lists for two-three years prior to the year your laptop model was released, and find ones that interest you among those.

Rather than bother with brand new shooters to get my action-adventure fix, I went with Spec Ops: The Line, a sleeper hit from 2012. The deep storyline forces you to make difficult choices and tests your sense of morality, while the intense and varied gameplay draw you into an experience that’s intense from start to finish.

I may have given you the impression that all pretty games only work on beefy setups: that’s not true. Certain titles are exceptionally well optimized for play on a wide range of hardware, and don’t require you to tweak your graphics settings very much to enjoy a smooth framerate.

The first couple of Batman games developed by Rocksteady Studios, Skyrim and the free-to-play Warframe are all fantastic titles that offer hours (hundreds of hours in the cases of the last two) of entertainment, and you won’t feel like you’re missing out on much running these on your regular ol’ work computer.

Next, look beyond AAA titles. There’s a vast universe of indie games that’s worth exploring, and many of them have significantly lower hardware requirements than the latest and greatest from big-name studios.

Whatever be your preferred genre – action, adventure, puzzle, or even racing, there’s something out there that will cost less and run better on your laptop than the most popular titles right now.

The best place to look for games is to start where you buy them. Steam has a Curator system that lets publications and well known content creators create lists of games they want to recommend.

Here are a few more places to look:

Will this game work on my laptop?

If you’re wondering about whether a certain game will run on your machine, there are two simple ways to find out:

It’s worth noting that these requirements are often more like guidelines, and your preferred game may still run in spite of the numbers not indicating as such. Just be mentally prepared to turn down the graphics quality.

So you’ve chosen to skip my advice and you’ve bought a graphics-intensive game anyway. Fine, if that’s how you want to play. There are a few things you can do with your in-game settings to eke out reasonably decent graphics and a playable framerate.

Turn down the resolution

Resolution refers to the number of pixels that will be rendered and displayed on your screen; it’s also the biggest factor in determining how fast and smoothly your game will run, as well as how sharp graphics will look. Naturally, you’ll want to turn it down to speed up performance.

I recommend finding out your display’s aspect ratio and switching to a lower resolution of the same ratio. For example, if you’ve got a 1920×1080 screen (16:9 ratio), turn it down to 1280×720, and you’ll continue to enjoy a full-screen view without any black bars at the top and bottom of your display, along with smoother rendering.

Sometimes, that may not be enough to get a decent framerate. At this point, you have a few options:

Before getting started with a game, you’ll want to ensure that your PC is in the best possible condition for high-performance entertainment.

Start by freeing up some memory. This is easily achieved by simply closing all programs (like your browser and chat apps), as well as quitting background apps that might be active in your system tray and consuming resources every once in a while.

Next, ensure that your PC can handle the heat. Games often run slower when laptops run hot, and you can combat this by opening up and cleaning your machine’s internal components (be sure to get the fans) and allowing for maximum airflow out and away from it.

I’ve found that using an inexpensive cooling pad with a mesh base and fans can help a great deal, particularly after an hour or two of play.

Finally, if you’re playing a multiplayer title, you’ll want to make sure that your network is in good shape so you minimize lag and avoid dropped connections.

Games don’t require large quantities of data to be transferred in order to allow for multiplayer action, but they do require sufficient and dedicated bandwidth to ensure a uninterrupted flow. As such, you’ll want to clear your network of unnecessary connections, by shutting down torrent downloads, video streams and so on.

Next, try to get the best possible internet connection for your PC under existing conditions, by either playing in the same room as where your router is located, or by plugging your ethernet cable straight into your laptop.

If you’re sharing a connection and the above solutions aren’t feasible, you can look for better routers that support higher bandwidth and offer multiple bands.

Bonus tip: If you’ve got a bit of spare cash lying around, I highly recommend investing in a decent mouse, keyboard and game controller for increased precision and greater ease of play than your laptop’s keys and trackpad.

They don’t have to be the best by any means; even a basic bunch of peripherals like a simple mechanical keyboard, a mouse that offers a couple of levels of sensitivity and a comfortable gamepad can vastly improve your gaming experience, even if your laptop is an aging dud.

One of the best parts about gaming is being able to share your experiences and discuss them with others. And while most communities gather around new games or titles that have been around for a really long time (such as Counter-Strike: Global Offensive or Dota 2), you can still connect with people who enjoy slightly older games, particularly if they have a notable story or memorable gameplay.

There are several communities you can connect with on Reddit, Steam, Discord and Twitch. Start with r/patientgamers, and hop on their streaming channel and chat group, and then work your way through to these subreddits:

I’m sold, how do I get started right away?

Alright, let’s do this. Here are my recommendations for games that are low on requirements or well optimized to run on just about any computer with integrated graphics from about three years ago.

That’s a wrap, folks. I hope you find something that your laptop can run, that you enjoy playing in this guide. We’d love to keep this up-to-date with lists of recommendations and communities to join, so let us know what we missed in the comments. Happy gaming!