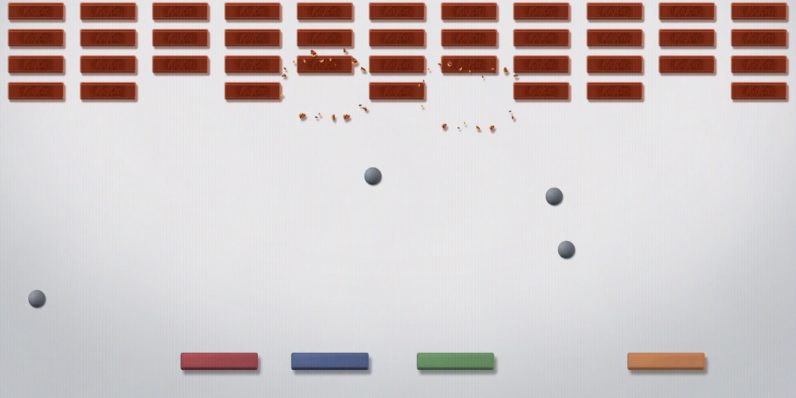 Atari has accused Nestle of copyright infringement after a British Kit-Kat ad bore a suspicious resemblance to an old-yet-familiar game.

Anyone remember Breakout? Even if you don’t remember the name, you’d likely recognize the game if you saw it. You control a paddle at the bottom of the screen, and you bounce a ball up into a series of bricks across the top of the screen.

Atari contends the Kit-Kat ad in question — in which actors play a version of the classic game where the bricks are replaced with Kit-Kat pieces — is banking on the company-owned title to sell candy.

And … yeah, I can kinda see their point.

According to BBC, a Nestle spokesperson said, “This is a UK TV advert that ran in 2016. The ad no longer runs and we have no current plans to re-run it.”

Read next: This site wants to improve collaboration between tech journalists and experts