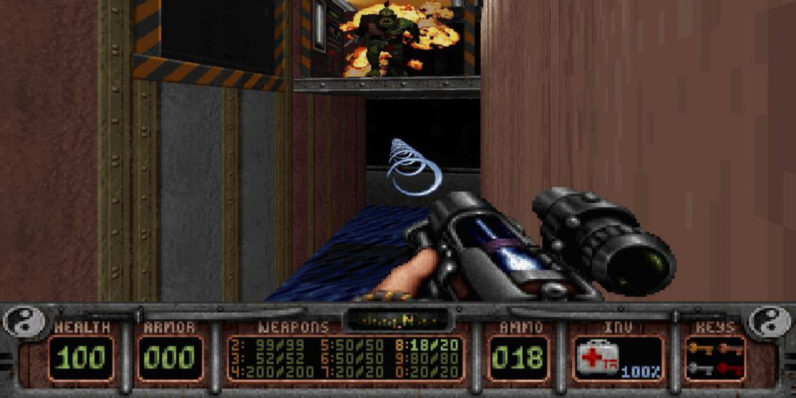 Back in 1997, developer 3D realms took the gaming world by storm with its bold, brash take on the FPS genre with Shadow Warrior. The gratuitously gory title put players in control of Lo Wang, a foul-mouthed bodyguard determined to avenge his mentor’s death by defeating the evil president of a major Japanese corporation.

Sound like your idea of a good time? You can now grab the game in all its voxel-filled glory for free from GOG; the Complete edition includes two expansions, as well as the soundtrack. Steam is also offering the standalone game at no charge, albeit minus those extras.

If you enjoy old-school shooters with a destructible environment, drivable vehicles, outrageous weapons (including swords and throwing stars, yay!), and an off-kilter sense of humor, you don’t want to miss this. I should warn you though, that some of the content might strike players as racist. Scott Alexander, the writer for 2016’s Shadow Warrior 2 from studio Flying Wild Hog, articulately shared some perspective on that matter in an interview last year.

If you’ve got a bit of spare change lying around, Steam has the remastered version of Shadow Warrior available at 90 percent off – that’s just $1. For a more modern take on the franchise, the incredibly enjoyable 2013 title with the same name, developed by Flying Wild Hog, is also on offer at just $4.