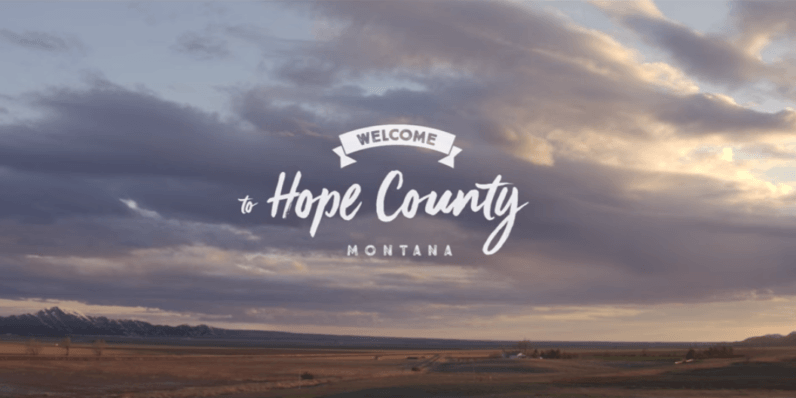 Ubisoft just dropped the teaser trailer for Far Cry 5. As Abhi predicted, it’s on the way and set in Montana, either in the modern day or in the relatively-recent past.

The trailer doesn’t show much besides the sweeping countryside and picturesque mountains of Big Sky Country. But that in and of itself is a big gear change for the series. Far Cry has run mostly on exoticized depictions of non-Western settings. Here’s the laundry list:

Far Cry Blood Dragon is the only outlier, as it’s set in the best 80s movie never made.

So to see the series go to a place that is explicitly familiar to English-speaking audiences, Americans in particular, is unusual and (dare I say it?) exciting. Given the presence of the church — complete with a bellringer using another person’s face as a hammer — and the choir singing “Amazing Grace,” we might see a “villainous church” storyline similar to the recent Outlast 2.

The official worldwide announcement trailer drops on May 26. We’ll update you when we see more of what Ubisoft is offering.