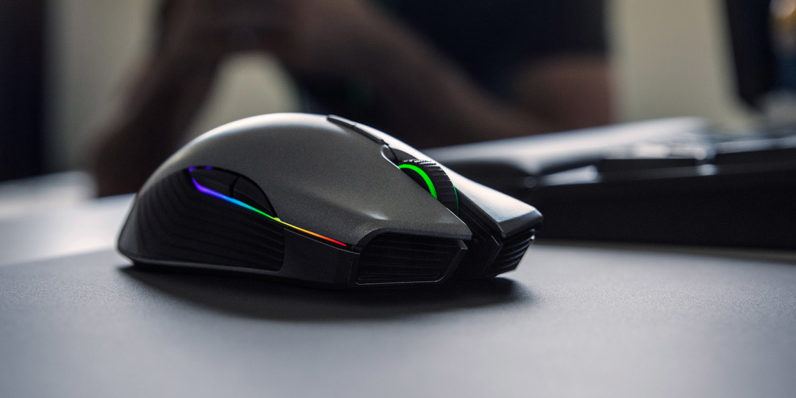 Choosing the best mouse for competitive gaming largely comes down to preference and just a few key specs, but there’s one consistent piece of advise you’ll hear from gamers: don’t buy a wireless mouse.

At least, that was the thinking until relatively recently. Now Razer wants to prove wireless peripherals can operate on a professional level with its new $140 Lancehead mouse.

See, though wireless mice are fine for everyday computing, they are notoriously unreliable for the lightning-fast movements of high-end competitive gaming – especially if you live somewhere with a lot of wireless interference. Razer’s taken a crack at wireless mice before with the Mamba, but most pros stuck to the company’s wired mice.

Then Logitech made a huge leap forward with its G900 and G403. The G900 is my daily driver, and I cannot detect a difference between wired and wireless mode. The G403 in particular has seen some adoption in the competitive community of late.

Now Razer is shooting back with what it calls “the world’s most reliable, tournament-grade wireless gaming mouse.” It uses something dubbed Adaptive Frequency Technology to always choose the strongest wireless frequencies in the 2.4 GHz band, and it only hops when necessary. Razer claims it “outperforms every other wireless gaming mouse.”

The mouse has an ambidextrous design and 24 hour battery life with typical usage. Of course, it also has Razer’s Chroma lighting technology to spice things up.

If you simply don’t care about wireless at all, however, Razer is also selling a wired version of the mouse, dubbed the Lancehead Tournament Edition, which will retail for $80.

The most scrutinous gamers will pay close attention to the mouse’s sensor. Curiously, Razer is using tech on the wireless mouse, and an optical sensor (the same one as in the DeathAdder Elite) – with slightly better specs – on the Tournament Edition.

Optical sensors are generally somewhat preferred in gaming circles, and it seems a bit strange to give the wireless mouse what appears to be a slightly inferior sensor when you’re trying to prove a wireless mouse can perform just as well as a wired on. Still, this is nitpicking – the vast majority of people probably won’t be able to tell a difference.

Both mice feature on-board storage, which is a boon for players who travel to competitions and don’t want to waste time adjusting settings. You can also save your settings to the cloud with Razer’s new Synapse Pro, which is still in beta, to access your precise configuration and lighting settings from any computer.

Without having tried it ourselves, we can’t say whether the Lancehead lives up to its reliability claims, but we’re looking forward to putting that to the test. Razer says to expect the Lancehead to start shipping in May – you can sign up to be notified when at the source link below.

Read next: Build (and blow up) a brand online with this marketing certification training, just $29