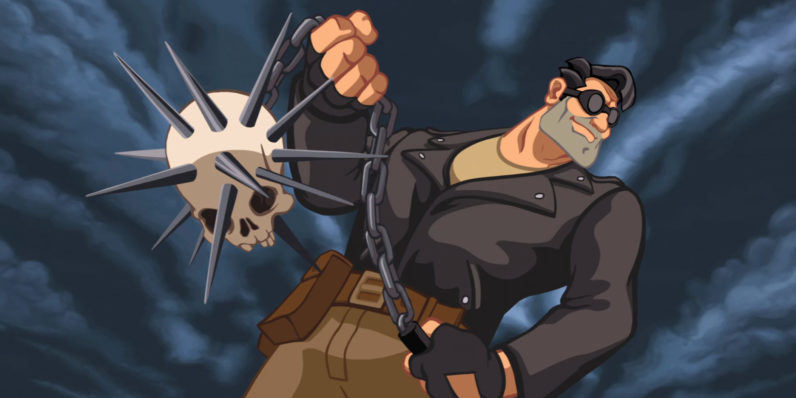 One of the games that stuck with me growing up was Full Throttle, a point-and-click adventure from LucasArts that put you in the shoes of the leader of a biker gang in 2040 as he attempts to uncover the truth about a grisly murder and prevent his favorite motorcycle company from going into the minivan business.

Tell me you don’t want to play that.

I actually found a DOS-based copy online and completed it last year, and the storytelling and puzzles still held up well – but the graphics show their age. Thankfully, you’ll be able to enjoy Full Throttle in high resolution next month, when Double Fine releases its Remastered edition, along with reworked sound and music. Fun fact: Star Wars’ Mark Hamill voiced the villain in the game!

The 1995 title was originally designed by Double Fine mastermind Tim Schafer, and it’s great to see his studio resurrecting this classic. Full Throttle Remastered will be available on PS4, PS Vita and PC on April 18; you can pre-order it right now and grab a 20 percent discount off the $15 price for the Windows version on GOG.

Full Throttle Remastered is out in April on Double Fine Productions

Read next: The 5 hard truths about user generated content