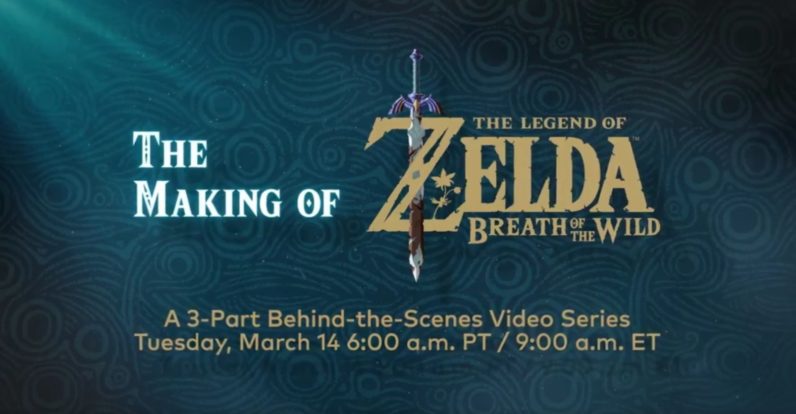 Tomorrow at 6 AM PT, we’ll be debuting a three-part series called The Making of The Legend of #Zelda: Breath of the Wild! pic.twitter.com/bTDROEZ8i0

Breath of the Wild now stands as one of the best-reviewed games of all time (we’re still working on our own review, but yes, it’s amazing), and Nintendo probably knew it was onto something special.  It makes several departures from series tradition, many of which it explained during this year’s Game Developers Conference.

We’re sure to find out more with the documentary, which starts tomorrow, March 14, at 6:00 AM PT/ 9:00 ET. It’s not clear where the video will be available, but the company’s YouTube channel is a good bet.