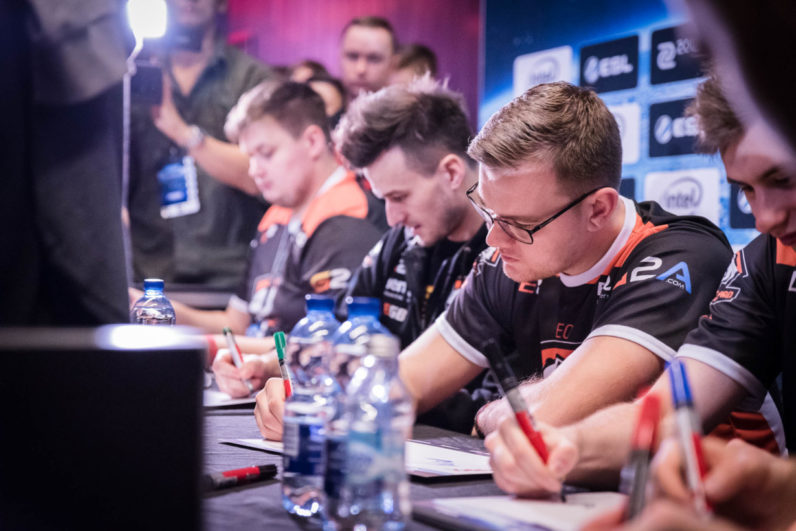 Careers in professional leagues can start awfully early – some players start while still in their teens. That led me to wonder if these young champions know how to manage their money and secure their futures once they retire. I met with several Counter-Strike: Global Offensive players from some of the world’s top-ranked teams at the Intel Extreme Masters (IEM) tournament in Katowice, Poland, to find out.

Unlike the football players with outrageous spending habits portrayed in the recent sitcom Ballers (and those from real life that inspired the show), most CS:GO pros are level-headed about how they manage their finances.

Some team managers assists and advises on how to manage salary as well as prize money; sometimes it’s parents, other times it’s team members and the guys themselves who save and invest carefully.

From my conversations with several top CS:GO players in press rooms at IEM Katowice, it seems like players are being prudent about managing their finances, instead of trying to live beyond their means.

Heroic’s 27-year-old Andreas “MODDII” Fridh from Sweden has been a pro player for several years and knows what it’s like to depend on a meagre income.

Back when i was playing CS 1.6, the salary offered to players wasn’t great and you couldn’t live off of it. Last year, I was on the best team in the world and we only earned 6,000 Kroner ($665) a month. It was alright, but only because i lived at home.

Now, in just over a year, our pay packets have grown and you can comfortably live off your earnings. Our management, Denmark-based RFRSH Entertainment, pays us monthly salaries and we also get a share of our tournament winnings.

I’m careful about managing my money and share that responsibility with my partner. We’ve been looking for our dream home for the past two years and have just purchased it.

Fellow Heroic player Marco “Snappi” Pfeiffer is 26; having cut his teeth in the sport between 2009 – 2012, he took a break and returned to professional gaming in 2016. The Dane has a background in finance and as such, is comfortable investing his earnings on his own. He’s happy to report that his teammates also save and invest responsibly.

Natus Vincere’s Denis ‘seized’ Kostin is glad he’s able to get important investments out of the way at an early age. At 22, he’s managed to buy homes for himself and his family.

Some younger players find help close to home: 19-year-old Jake from the North American team Cloud9, as well as 22-year-old Marcelo “Coldzera” David from Brazil’s SK Gaming, have their fathers assist them in managing their finances and savings. Cloud9’s recent recruit, 20-year-old Timothy “autimatic” Ta is saving up for his university education.

As it turns out, esports is not just gaining in popularity, but is also growing into a massive industry in its own right. For context, worldwide viewership is set to grow from 214 million in 2016 to at least 300 million annually by 2019; a second report pegs it at 427 million.

That means retired players can look forward to a wide range of careers within this space, from team management to coaching to casting, creating content, and running and promoting events in various capacities.

A number of top CS:GO players are keen on seeking out careers in esports, whether it’s to help the sport grow worldwide and enter the mainstream or to work with teams – and perhaps even launch their own.

His new teammate Nikola “NiKo” Kovac, who is just 20, hails from Bosnia & Herzegovina (fun fact: NiKo’s $500,000 buyout from his previous team last month was the largest in the history of esports, beating the previous transfer record by a whopping 230 percent). NiKo would like to either manage a team one day or start his own esports organization. The glory of building and supporting a winning side is appealing to him. “It’d be exciting to have my own organization. It’s a great feeling to have the best team out there, and that’s really inspiring,” he said.

20-year-old Timothy Ta from North American team Cloud9 is intent on completing his education. Although he’s sure to have a wonderful career ahead of him as a gifted young player, he’s given himself a deadline of about three years to stay in the game – after which he wants to go back to school to earn a degree in computer science. Ta would like to later return to the field to work with tech companies involved in the esports revolution, such as streaming platform Twitch.

For others, the path isn’t quite so clear. Heroic’s Snappi has a background in finance and will likely consider a career in which he can take advantage of his educational qualification; Andreas is a qualified truck driver and is trained to assist the disabled; he’d like to become an ambulance driver one day. However, both are open to considering challenges in esports.

Coming from Brazil where the esports scene is still in its infancy, Marcelo “coldzera” David feels that he’d like to form a local team or coach aspiring players. He notes that there aren’t as many sponsors interested in backing esports teams back home, and he hopes that that will change someday.

As the esports universe grows, it’s interesting to learn that some stars look forward to a chance to help the sport expand furrther and see an opportunity to chart their futures in the space – and that it’s beginning to resemble other long-standing sports in this way.

Read next: WeKiki is the perfect alternative for anyone missing blab.im