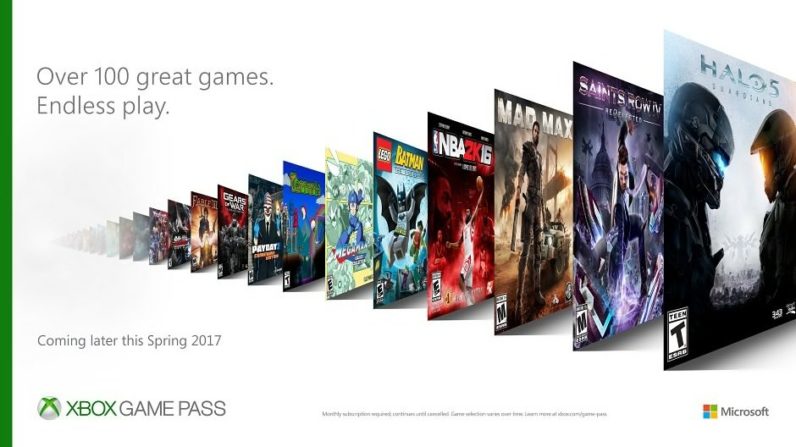 Xbox just announced Game Pass, a $9.99 Netflix-like service for gamers. It’s one of the most important changes to the Xbox platform ever.

It works like this: Pay $10 dollars a month, and you can play any of over 100 Xbox One and Xbox 360 games. The list will constantly change, with some games entering and exiting the pool over time. Microsoft didn’t include a full list of games, but said it will at least include Halo 5: Guardians, Payday 2, NBA 2K16 and SoulCalibur II at launch.

A key difference from other subscription services like Nvidia’s GeForce Now is that you can actually download the games to your console. That means you don’t have to worry about things like latency, lag spikes, or bandwidth issues. You also have the option to actually buy the games permanently at an “exclusive discount” for subscribers.

That said, it’s not totally clear whether you have to download every game you want to play. Having a streaming option is still convenient for when you simply want to try a game you’re not sure you’re interested in, or simply don’t want to use up your Xbox’s storage. We’ve contacted Microsoft for clarification.

The program will be launching in the spring, but Xbox is giving select Insider preview members access first. It will then roll out to Xbox Live Gold members before hitting the wider community.

Read next: Apple’s next iPhone might switch the Lightning port for USB-C… and that's a good thing