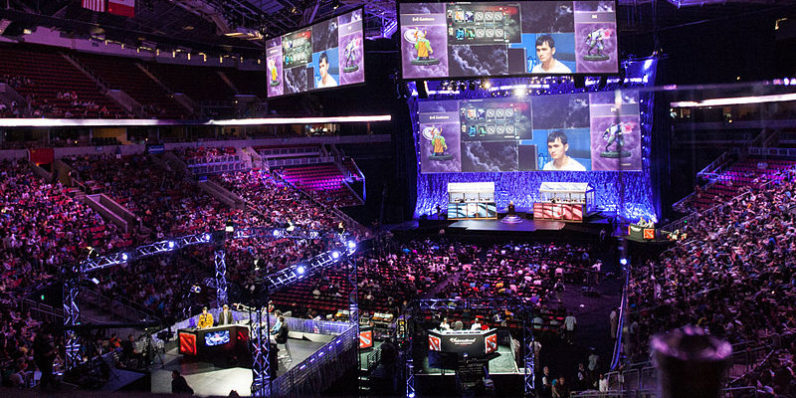 While competitive gaming is massively popular in southeast Asia, it’s only begun to catch on in the Indian subcontinent over the past couple of years. Now, it’s about to get a boost with the launch of UCypher, India’s first major esports league.

The Economic Times reports that the tournament will feature 10 teams battle it out over two seasons each year on PC, console and mobile games. USports, a sports business firm that’s behind the venture, said that the participating teams have been selected from a pool of more than 1,600 teams from across the country.

With esports garnering a fast-growing following worldwide and increasing in scale rapidly, the time is ripe for India to get in on the game. Currently, only two players from the country rank amongst the top 200 on the Dota 2 southeast Asia leaderboards. The game’s annual tournament, dubbed The International, grew its prize pool from $2.8 million in 2013 to over $20 million last year.

While India has previously hosted and participated in esports leagues like the World Cyber Games and the ESL, UCypher is likely to take on a grander scale, with an investment of $15 million earmarked for the venture.

The challenge for UCypher lies in popularizing the sport amongst the Indian populace, among whom gaming is often perceived as a pastime for youngsters – not necessarily an activity that would require you to develop skills or compete with peers.

In India, the sport of cricket reigns supreme, as it has for decades. As such, a mighty marketing effort was necessary in order to make way for other sports like soccer and Kabbadi, which have entered the mainstream only over the past few years.

Hopefully, esports will be able to enjoy the limelight in India in due time too. USports is backed by serial entrepreneur Ronnie Screwvala, who founded the UTV media group that was bought out by Disney for roughly $290 million in 2011.

We’ve contacted USports to learn more and will update this post if there’s a response.

H/T Rishi Alwani for background information for this story.