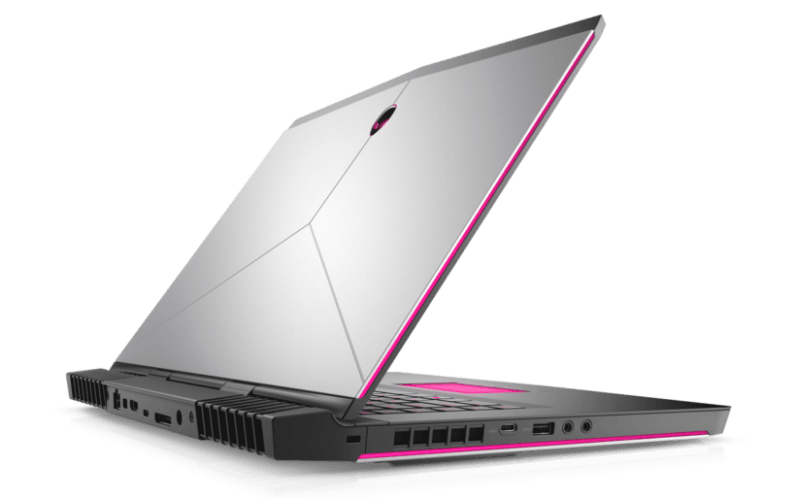 Although Alienware refreshes its laptops specs fairly frequently – gamers are always looking for the best performance, after all – it’s been a while since the company redesigned its chassis. But now accommodating Nvidia’s 10-series graphics on the 13-, 15-, and 17-inch models, Alienware’s new laptops are sporting new designs to push their gaming chops further than ever.

Alienware is keeping a tight lid on the 13 at the moment, so this article will focus on the two larger models.

Though the chassis update looks like a mild refresh at first, there’s a big difference: The hinge has been moved forward for better thermals (all the heat can simply be pushed out the back now. It makes the laptops deeper than before, but conversely, the laptops are also about 25 percent thinner each, and a bit lighter too. Oh, and it still lights up to any of a bazillion colors.

Of course, the most anticipated hardware are the new 10-series graphics cards (the 1070 on the 15-inch and 1080 on the 17-inch). That means all three models should be VR ready for both the Oculus Rift and HTC Vive right out of the box.

Of note, these aren’t ‘M’ models – Nvidia has dropped the separate moniker for mobile cards, as they’re allegedly very similar to the desktop graphics cards with some slight tweaks for mobile optimization. The company has said the mobile cards should be within 10 percent of their desktop counterparts with proper cooling, and preliminary tests support this claim (see ArsTechnica’s breakdown here).

They are also the first cards to be manufacturer-overclockable, although there’s no word on whether Alienware has done that here. You can also still connect the laptops to Alienware’s Graphics Amplifier if you just really need a Titan X (Nvidia’s most powerful card).

The displays take advantage of the new cards, being the first Alienware laptops with support for Nvidia’s G-Sync tech. If you’re not familiar, it’s basically a godsend to gamers, synchronizing your display with your graphics cards’ output, and removing the visual tearing without introducing any lag. No word on what the maximum refresh rate is, however.

The company says the displays should be about 300 nits bright, and should come in options ranging from from 1080p to 4K on both models. Meanwhile, the keyboard has been improved to a new TactX keyboard, which have N-Key rollover. That means you can press as many keys as you’d like and have them all register without any ghosting – allowing complex combos and maneuvers. The keys also have 2.2 mm of travel – a lot for a laptop.

The laptops can be configured with desktop-grade, quad-core Core i7 chips, 32GB of RAM, and 1TB of storage. Battery life is also reportedly improved thanks to more power-efficient hardware. You can opt for either a 68 Watt-hour or 99 Watt-hour batteries on the 15 and 17.

Another unique feature is optional Tobii eye tracking on the 17-inch model. Aside from some in-game coaching (“remember to check corners so you don’t get ambushed!”), the system has some more practical everyday features, such as turning off the display when you’re not looking at it to conserve battery life. It’s still on the gimmicky side of the equation, but eye-tracking has a ton of potential for future games.

Oh, and there’s a Windows Hello camera for logging in with your face too.

The laptops are due later this month. No word on pricing yet but Alienware is hoping to keep things as competitive as last year’s models, which currently start at $1200 and $1500 for the 15 and 17 models, respectively. Hopefully we’ll hear more about the 13-inch model around the same time.

All that being said though, they’ve got nothing on Acer for sheer absurdity.