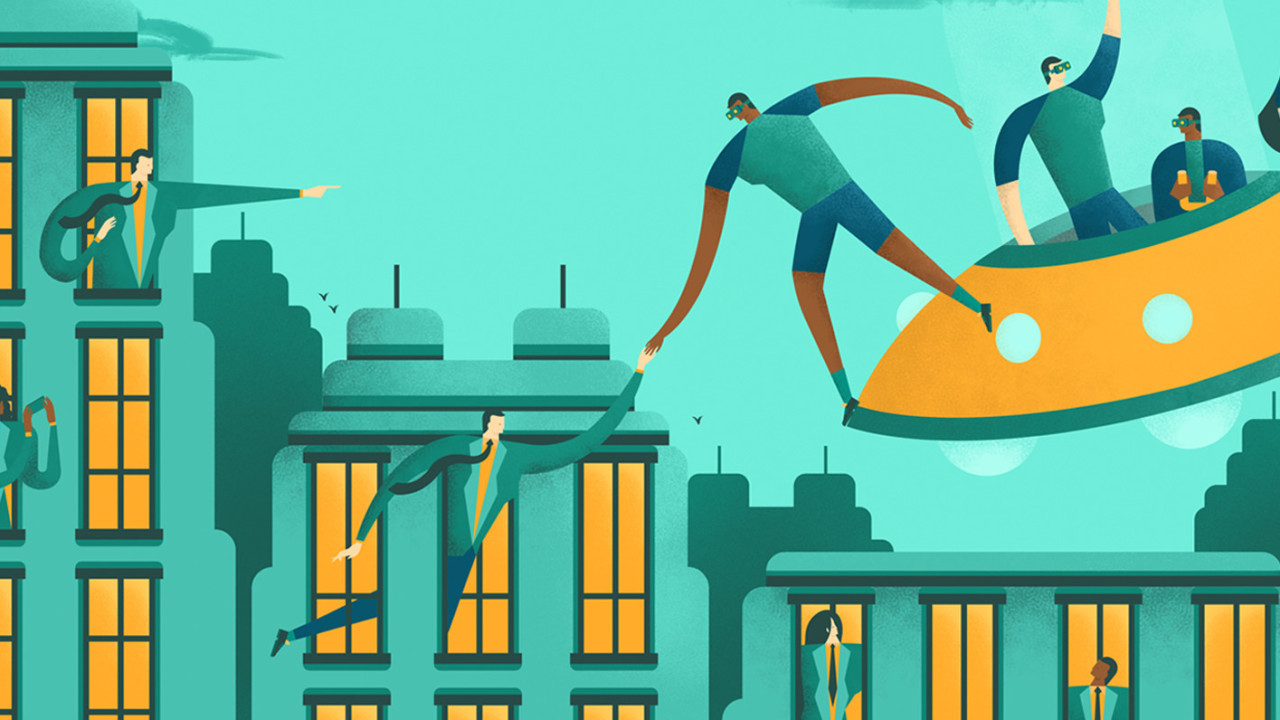 According to research by Goldman Sachs, the virtual and augmented reality industry will become a $85 billion market by 2025. However, while a lot of the conversation surrounding VR and AR is focused on gaming and video, a huge part of the market value is being driven from non-entertainment use cases.

The possibilities that these new computing platforms provide are much broader than hardcore gaming, cinematics or putting mustaches on your selfies. Here are some of the industries that already have a headstart in VR and AR.

Choosing a new home or office can be a real pain, especially when you’re moving to a town hundreds of miles away. The time and costs that come with visiting every potential venue can become enormous.

Virtual reality provides an alternative that can save both time and money. With a VR headset, you’ll be able to tour homes remotely without actually attending the place.

Firms such as Sotheby’s have been providing such services for a few years. The company creates 3D scans of homes for sale across the U.S. and provides potential buyers with virtual tours from the comfort of their homes or a realtor’s office.

Another benefit of the VR experience is that the realtor agent can simultaneously see what the client is seeing, whether they’re in the same room or thousands of miles apart, and talk them through the experience.

Augmented reality, on the other hand, can save you the effort of browsing house listings. Realtor.com, the famous real estate listing website, recently upgraded its mobile app with an AR feature to streamline the user experience. When pointing your camera at a home, the app pulls all the information of the website and displays it on your screen. This includes listing or rental price, recently sold price, estimated value and the number of bedrooms and bathrooms.

Retail is one of the sectors that are already being enhanced tremendously thanks to augmented reality overlays. A number of firms are taking advantage of the technology to improve the shopper’s journey in innovative ways.

Furniture giant IKEA was one of the first companies to make forays in the field. IKEA’s mobile app uses AR to help you visualize what a piece of furniture would look like in your home by placing its 3D model on your device’s display. This creates a much more realistic experience than having to rely on your imagination while wandering an IKEA store.

Clothing retailers are also using the technology to let consumers virtually try on clothes, glasses, jewelry, and makeup. One example is Memomi (short for Memory Mirror), a smart mirror that uses augmented reality to show you how clothes will fit without you actually wearing them. As the name suggests, the mirror will remember your different outfits and help you revisit them to make your decision. Neiman Marcus is using the technology in an attempt to make shopping more enjoyable.

In many sports, athletes need to use their minds as much as their bodies. But the problem is that our brain’s potential is often limited by the mortal shell of our body. Fortunately, that is one more barrier that virtual reality is helping overcome.

One of the notable efforts in the field belongs to Beyond Sports, a Netherlands-based company that uses VR to help train professional athletes. Beyond Sports uses match data to recreate a game or training scenario in 3D. Using VR headsets, players can then explore plays from different angles numerous times, unconstrained by physical fatigue. The practice is very effective for developing tactical and decision-making skills.

Beyond Sports is already providing services to several football clubs, including Arsenal FC.

Strivr Labs, a U.S. company that launched in 2015, is helping sports teams advance their training program through virtual reality. Strivr uses 360-degree cameras to capture footage of practice scenes from different angles. Viewing the recorded plays in VR headsets helps athletes go through the practice an unlimited number of times.

Several college and professional American football teams, including Dallas Cowboys and San Francisco 49ers, have enrolled in Strivr’s program and are using the technology to train their quarterbacks. The results so far have been impressive.

Virtual reality is helping doctors make new inroads in the treatment of post-traumatic disorder syndrome (PTSD) and other mental disorders that soldiers, survivors of disasters, victims of assault, or people with anxiety disorders.

Doctors are using VR to recreate experiences such as sitting on a plane or strolling through a battlefield. The genuine level of exposure created by VR helps patients face their fears and grow accustomed to them, one of the most effective ways to treat PTSD and anxiety disorders such as arachnophobia.

VR is also being used as a tool for medical training. Medical Realities, a company that offers medical training technology, is using 360 videos and VR to allow medical students and trainee surgeons experience surgeries from up close. The website recently broadcasted a live 360 video of a surgery. This can become a more effective replacement for the traditional method, which required students to watch operations standing behind glass walls feets away, or later watch the recording on a flat screen.

The future of VR/AR

As Goldman Sachs’ Heather Bellini says, “Virtual and augmented reality will be as transformative as when we used to see people walking around the streets of New York City, holding a big brick to their ear and talking to someone we couldn’t see on the other end.”

According to research firm eMarketer, 40 million people in the US will engage with some form of AR on a monthly basis in 2017. The same report estimates VR to have a monthly user base of 22.4 million.

This is just the beginning. Advances in areas such as artificial intelligence are helping augmented reality become more efficient in analyzing and blending with the environment. Meanwhile, eye tracking technology is helping develop the next generation of VR headsets, which are more responsive to eye gestures and render much more vivid graphics, creating an even more immersive experience.

In the coming years, AR and VR will touch and disrupt many other fields and will potentially become one of our de-facto mediums to carry out tasks and do business. Exciting times lie ahead. We will be watching the space closely. 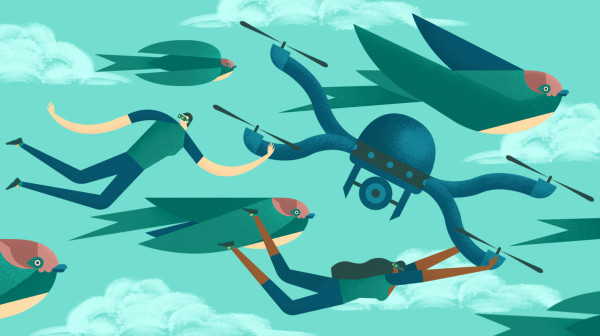