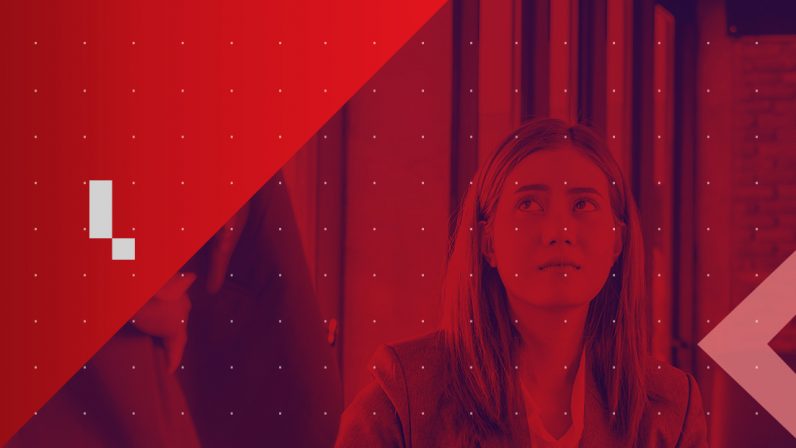 According to behavioral economist Dan Ariely, there’s a reason some people work harder than others. It’s not because they have to. It’s because they want to.

As simple as that sounds, creating a workplace where people want to put in the extra mile, as many business owners will tell you, is rather difficult. Most people don’t love going to work and some even actively dislike it.

According to Gallup’s latest worldwide study measuring employee engagement, about 15 percent of the workers on this planet feel engaged in their jobs.

Dutch workers are even less passionate about work: Erasmus University professor Arnold Bakker, who’s been tracking employee engagement in the Netherlands for over 20 years, estimates about 12 percent of Dutch employees feel engaged.

Although there are different factors at play here, says Bakker, executives share part of the blame. “Many managers are preoccupied with their own careers and forget about motivating their employees,” he explained.

That kind of mismanagement is bad for business: Research shows that happy employees are 12 percent more productive and companies with happier employees tend to be more successful.

Obviously, paying a decent salary helps, but as a business owner, how can you make sure people want to work for you as opposed to coming in because they have to?

Here’s a list of things you should definitely NOT do.

# Micromanage your employees to insanity

When a friend of mine was working for a talent agency, her manager asked to be CC’d in every single email she wrote. After a few months, the manager called a meeting to discuss my friend’s style of communication. “The other day, I noticed you used ‘thanks’ to express your gratitude to our client,” she said. “In the future, I’d like for you to use ‘thank you’ instead.”

Yes, this manager’s need for control reached pathological levels, but micromanagement at work is a common grievance. And while it’s certainly annoying to have your manager hover over your desk while you work or “check in” about five times a day, this kind of behavior can actually harm your performance as well. It’s been proven that people who feel like they’re constantly being monitored actually perform worse in certain tasks.

Tip: You can still be a “hands-on” manager who cares about details, without driving people absolutely nuts. Try to identify why you feel the need to micromanage (it’s probably rooted in certain insecurities) and set clear boundaries for yourself.

# Having people do meaningless work

Although words like “passion” and “passionate” tend to be thrown around in countless job vacancies, as if every job requires some sort of steaming desire, people don’t actually need passion to enjoy going to work. What they do need, however, is to have a sense of purpose; no one wants to do meaningless work.

So what makes a job meaningful? Most people agree that it has to do with leaving a positive impact on the lives of others. In terms of professions, there here are the usual suspects —  neurosurgeons, firefighters, aid workers — yet people actually find meaning in all kinds of jobs, claims researcher Katie Baily who studies the topic. “Some of our respondents were bin men, and they spoke of the benefits their recycling work would bring to future generations in the form of a cleaner, greener planet.”

Yet no one finds their work meaningful all the time, she concludes. So managers who think that it’s achievable are pursuing unrealistic goals.

Another point Baily makes is that meaningfulness is a delicate matter; something than can easily be destroyed by ignorant managers who don’t involve employees in important decisions, fail to recognize their achievements, or always focus on costs rather than quality.

Tip: What makes something meaningful is based on personal values, so let people find their own sense of purpose and don’t enforce your own.

# Failing to give deserved recognition

Most bosses and managers don’t constantly know what their workers are up to — and for those who do, please revisit the part about micromanagers — but they should know when someone has done something praiseworthy. Not feeling appreciated at work can result in low morale, productivity, and profitability, and even causes people to switch jobs. Furthermore, 40 percent of employed Americans claim to put in the extra mile at work in return for more recognition.

Yet while many managers understand the value of a compliment, they fail to deliver them in the right way. Praise either comes too late (“So about that big client you signed last month…”), is way too generic (“Keep up the good work, Suzan!”) or only focuses on those reaching hard company goals, while employees in more supporting roles are never included.

Good bosses know how and when to deliver a compliment. Great bosses also inspire others to do so because recognition shouldn’t exclusively come from people who are higher-up but is much appreciated from co-workers as well. According to this report on employee retention, which surveyed 400 American employees, people who feel undervalued by their peers are 11 percent more likely to change employers than those who do receive praise.

Tip: Create a working culture where both giving and receiving praise is highly valued, both by executives as well as other employees. Companies such as Impraise and TINYpulse offer tools that encourage feedback in the workplace.

# Wanting to fully control where and when employees work

There’s an ongoing debate whether people should be allowed to work from home: Some studies suggest employees are happier and more productive, while other researchers claim the opposite is true.

So who’s right here? The answer, as always, lies somewhere in the middle as it depends on the company and its people. Some employees need regular face-to-face time with co-workers, for example, because it results in a better vetting of ideas, while other jobs can just as easily be managed alone.

Yet no matter who you’re working with or whatever your business does: Offering zero flexibility in when and where people work is a definite killer of workplace happiness. According to this Dutch study, employees who can determine their own working hours tend to be more motivated and experience less stress and fatigue.

In addition, letting employees work remotely isn’t just beneficial to them, it can solve other organizational headaches as well. CEO’s can pick from a much larger talent pool when employees don’t have to live close to the office, while the company saves money on renting large office spaces.

Tip: According to Basecamp CEO Jason Friedman, who also co-wrote Remote: Office Not Required, managers of teams that work remotely should keep an eye out for signs of burnouts:

“A manager’s natural instinct is to worry that her workers aren’t getting enough work done. But the real threat is that they will wind up working too hard. And because the manager isn’t sitting across from her worker anymore, she can’t look in the person’s eyes and see burnout.”

According to this 2015 LinkedIn study, which surveyed more than 10,500 people who had changed jobs, the reason most people leave isn’t that the pay is better at their new company —  it’s because their old job was lacking career opportunities.

People need the ability to grow in their jobs and prefer employers who can offer some assistance in that department. For larger companies that have clear career paths defined, as well as the budget to offer things like mentorship programs and leadership training, this will be less of a challenge. But what about small businesses where there is no real career ladder?

Keeping employees happy when you can’t offer them regular promotions isn’t always easy, but there’s more to career growth than new titles and corner offices. By giving people more influence over your business strategy and increasing their responsibilities, you can also add value to their jobs. When there’s no budget to increase salaries, offering company stocks or incidental bonuses might be something to consider.

And of course, there are plenty of non-financial benefits to offer. Offer free lunches, extra parental leave, bring-your-dog-to-work-days; whatever fits your employees’ needs.

Tip: Set up one-on-one meetings with each employee to discuss what they envision for themselves in three, five and ten years. Develop a plan together to define things they want to learn or skills they’d like to acquire and keeps tabs on the progress.

# Remaining neutral whenever there’s a conflict

Put people in the same building for 40 hours every week — especially if that means working in the much-dreaded open office  — will inevitably cause some friction between employees. Expectations aren’t met, personalities clash, and poof!  — an office conflict is born.

According to data from Statistics Netherlands from 2016, one in five employees experiences a short conflict with a co-worker. Thirteen percent of employees have conflicts with their manager and two percent reported a long-term working dispute. This American/Chinese study shows interpersonal conflicts at work are one of the most frequent stressors to employees.

So let’s say two employees are no longer on speaking terms and the tension is palpable. The common response many bosses have in this situation is to refrain from intervening. After all, we’re all adults here, and people should be able to take care of themselves, right?

Not necessarily. Naturally, people should be encouraged to first solve issues independently, but if they fail to do so, managers need to step up — and in. Workplace drama doesn’t just cause negativity around the office, it’s also bad for business: Research by human resources specialist CPP estimates working disputes cost companies $359 billion a year — and that’s in the US alone. In other words, not solving ongoing issues means you might be losing money.

Tip: Create an open working environment where people can safely discuss their issues. When employees are unable to solve conflicts on their own, talk to both (or all of them, if it’s a group thing) to uncover the root causes. Personal issues can probably be solved through communication; if needed with the help of a professional mediator. Systemic issues, however — harassment, bullying, unclarity about what people’s’ roles are in the company — probably require some organizational changes as well.