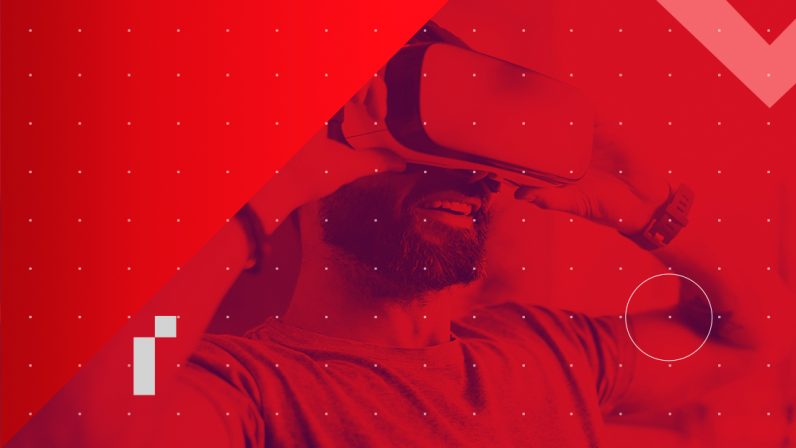 For most of us, when we think of virtual reality, we think of a technology that is only being used for specific purposes such as gaming, in medical fields, for different types of training, or for virtual tours such as in the real estate industry.

It’s a smart move, because VR is steadily becoming more mainstream. In fact, according to the 2016 Dell Future Workforce Global Study, 66% of workers are open to the idea of using virtual reality or augmented reality in the workplace, while nearly half of workers don’t find their current workspaces “smart” enough or using enough smart technology.

More companies are realizing the benefits of virtual reality a variety of ways.

For example, the idea of being able to teleport their employees to worlds outside of the office – including on a beach on an island a thousand miles away – may help boost employees’ productivity while reducing their stress level.

Mure VR, an Icelandic company, has found a way to integrate virtual reality with your work with the introduction of Breakroom. According to their website, “Breakroom is the way to turn your virtual reality headset into a multi-monitor system. You open a relaxing virtual environment and open your regular Windows applications as a floating 2D monitor within the virtual world. You are no longer limited by the physical computer monitor and can surround yourself with applications.”

Breakroom allows employees to escape workplaces by creating a workspace – such as on the beach, or in a park – that is stress-reducing, while tailored specifically to their needs. Becoming immersed in your work and blocking out the distractions that come with now-popular open office environments is a practical way that Mure VR is bringing virtual reality into the workplace.

Power users may find Breakroom useful as a way to move past the limitations of using only two or three monitors. The software uses a nifty system to allow you to turn your desktop into a 360-degree monitor, where it’s possible to open an unlimited amount of windows and switch between them by simply turning your head.

With the focus placed on helping employees with virtual reality, Breakroom hits on several aspects of employee happiness: They feel as though they are remote-working or in a calming environment, it allows them to reduce their stress and anxiety that sitting in a workplace or open office setting may bring, and it’s likely to increase productivity as it’s a way for employees to shut off the world around them and focus on a task without their eyes pulling them away with distracting office happenings.

Of course, with adapting emerging technology, there are issues that may keep it from being widely adopted, a point that Breakroom understands. Anton Þórólfsson, co-founder of Breakroom, explains, “Today there are still problems with the virtual reality tech that keep Breakroom from going mainstream. Firstly it’s the resolution of the current PC HMDs, Vive and Rift. The resolution makes it hard to read text the same size as we’re used to on our regular monitors. Secondly, to run VR applications you need a pretty powerful computer. Finally, we need the average office worker to embrace this new technology. It will take time and be faster in some sectors than others, but it’s going to happen eventually.”

Þórólfsson believes these problems will be quickly overcome with things like the Kickstarter for Pimax 8k, a headset that solves the resolution issue. In the meanwhile, large office computer manufacturers are already making their computers ready in anticipation of VR applications. Breakroom keeps their user numbers confidential, but has stated that for those who decide Breakroom is not for them, it’s because of the low resolution.

There’s also addressing the elephant in the room: large clunky headsets. Are employees really ready to wear these? “Of course that’s still a problem. But the lighter and slicker the headsets become, the more mainstream VR will be. Mark Zuckerberg is expecting VR and AR to merge into a single technology, looking something like your regular sunglasses and completely wireless within the next 10 years,” explains Þórólfsson.

With technology like Breakroom, companies are able to enrich the lives of their employees in ways that weren’t possible, or very expensive to do in the past. It also helps employees who are stressed or have anxieties because of their work environments by giving them an alternate reality in which they can work.

Breakroom isn’t the only practical use of VR in the workplace. Other, more work-related uses of virtual reality have started coming to market.

Soon, it may be possible to show up to work in a virtual workplace, without ever leaving your home. High Fidelity is a company that aims to do just that – bridge the gap between remote work and being in a physical workplace. Video conferencing tends to be a pain point of remote workers because of their inability to see non-verbal clues or being uncomfortable in a group setting, but they are likely more comfortable if avatars were present or did the talking for them. The use of an avatar allows employees to always present their best selves digitally.

This has human resource benefits too. By using virtual reality headsets, employers have the possibility of recruiting and retaining top talent who may not want to relocate. They are able to give these hires the ability to “show up” to meetings in a virtual boardroom or participate in training simply by donning a VR headset.

But VR isn’t only being applied to transport work to exotic locations. The Dutch police is currently experimenting with so-called ‘forensic visualisation,’ a way to capture a crime scene in 3D. This way, detectives, prosecutors, and judges can use VR to virtually go back to a crime scene to verify details. The technique has been used in some 10 cases in the past year.

Only time will tell if these technologies and uses of virtual reality in the workplace actually achieve their goal: to enrich employees’ lives, make them happier, and thus more productive.

There are caveats and concerns as with any technology. For example, how long can an employee stay in VR without having to take a break (or, is the need to take breaks the same, more, or less than being on a traditional desktop computer)? What’s the learning curve and time it takes to adapt the technology and bring it into employee’s workflows? Finally, the lasting effects of using virtual reality are still unknown and undergoing further research to understand their effects.

There’s also the side of things where an employee may have no desire to use VR in their work environment, or even be resistant to it. In relation, depending on the type of work the employee does, virtual reality in the workplace may not make any sense or even be a hindrance.

Regardless of the benefits or drawbacks of using virtual reality in the workplace, companies like Mure VR are set to explore the possibilities of integrating this relatively adolescent technology into the workplace from a variety of angles, such as on-site employees being “teleported” and made to feel like they are remote working to the reverse of that of which allows remote workers participate in meetings as if they are in the same room.

Sitting at your desk and feeling like you’re on a tropical island isn’t that far off. It’s up to employers to offer this to their employees, of which seem to be willing to adapt and ready to use this new and growing world of virtual reality in their work environment.