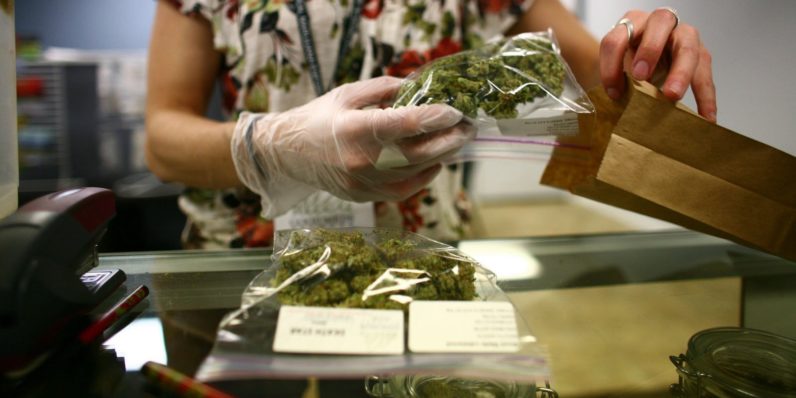 The marriage of technology and cannabis entrepreneurship has gone from a passion-project for growers, to a full-fledged venture capitalist (VC) bonanza in just the past year and a half. Marijuana startups are no longer simply the domain of experts on cultivation and plant-strain for medical dispensaries. The profits are now measured in billions and developers are being offered increasingly high-paying positions at cannabis startups .

It’s difficult to determine exactly how much money there is in the cannabis industry. A report from Forbes states that North American sales totaled $6.7 billion in 2016. Investors looking for an emerging industry that’s worth billions, doesn’t have stiff competition from major international companies, and is as close to a ‘sure thing’ as possible need look no further than cannabis. The Motley Fool expects a 300 percent increase in cannabis revenues, in the US alone, over the next five years. That figure could increase exponentially if more US States legalize cannabis for adult recreational use.

On the other hand the legal outlook is troublesome; US marijuana policy is ambiguous. The US Federal government classifies marijuana as a schedule I controlled substance, like crack or heroin. This stands in contrast to the laws of the States that have legalized marijuana for adult recreational use, or medicinal use by prescription.

With the addition of California, 21 percent of the US population now live in an area where adult-use cannabis consumption is legal. Cannabis, one can safely argue, is here to stay.

Roger Obando, the CTO and co-founder of Baker, a software platform for cannabis dispensaries, thinks there’s too much money in the market for the rest of the country to ignore. He cites the recent addition of California into the market as the definitive turning point for cannabis tech:

You’ve got the sixth-largest economy in the world passing legislation that allows recreational adult-use. This is really the watershed moment for cannabis tech. It’s hard to ignore the revenue now, and it’s even harder to tell what kind of increase we’ll see when we start getting the California numbers. We’ve already seen that the VC climate has changed quite a bit in the last 18-months alone. We’re in a unique position here, there isn’t a whole lot of competition in the space.

According to Obando venture capitalists are starting to come around. The novelty of ‘pot tech’ is being replaced with the real business of supply and demand. Nevada legalized recreational cannabis on July 1st, then reported a ‘state of emergency for cannabis regulation’ after dispensaries ran out of product within a week. Obando wasn’t surprised that Nevada wasn’t able to seamlessly transition from having a prohibited product to selling it in a limited market:

There isn’t a blueprint for a lot of it, there’s a saying that ‘the first one through the wall is always the bloodiest.’ We’ve seen the demand underestimated before. There are unique challenges in this market.

It’s obvious that there’s money to be made, despite the legal concerns. The predictions of steady market-increases may be more than correct: they might be underestimating the potential by a long shot. With the news that Canada is working on legislation to make marijuana legal for adult-use, stocks related to the Cannabis market have, according to The Motley Fool, been “on fire.” This hasn’t always been the case, Obando says:

Three years in the cannabis technology industry, showing growth, is the equivalent of twenty in other technology startups. We’re in a unique situation. When we started we made a list of 10 companies that we felt were threats, in the first year six folded. We had to become problem solvers. We provided a solution before people even saw a need, and even then we realized that the demand far exceeded the supply.

If you’re an entrepreneur or a budding developer interested in cannabis technology, chances are in 2017 you’re getting in at the ground-floor. That is, of course, provided you live somewhere that it’s legal.

The rest of the country, where cannabis is either considered a prescription medication or a drug, probably haven’t noticed the rise of medical marijuana ride-shares and cultivation apps. Start-ups for cannabis are, well, growing like weeds.

There’s also the products that more closely resemble something from Apple or Samsung than a device designed with the cannabis user in mind. Pax Labs makes a hand-held vaporizer that features full app integration, haptic feedback, and games built into the device. It’s well crafted, comes with a 10-year warranty, and looks fancy enough to be a fashion accessory. Cannabis tech startups are serious business. We’re past the pot-jokes and stereotypes that generalize and dismiss the technology as faddish or silly.

There’s more to cannabis tech than vaporizers and grow-machines – though the market for specialized consumer gadgets related to cannabis will likely grow along with the rest of the industry. Even Apple filed a patent for a vaporizer. There’s AR apps that help growers, and of course the obligatory Uber for weed. We’ve also covered the Keurig for weed, and the crypto-currency for weed. Even Microsoft has gotten in on the action.

There aren’t any bad outlooks for cannabis tech, as far as the eye can see there’s profits to be made. We couldn’t find credible nay-sayers who believe that the cannabis industry will fail in the US.

Of course, the legalization problem still lingers, but from a purely business point-of-view it’ll be too late to get in on the ground-floor once prohibition is lifted nation-wide.

Read next: eBay is adding image recognition to find items with your camera