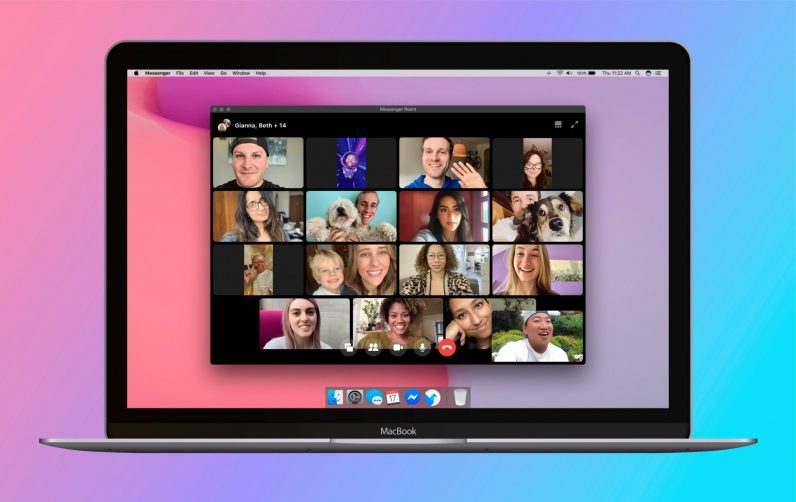 Messenger Rooms, Facebook’s Zoom competitor that can support up to 50 people in one video call, is now available in the US, Mexico, and Canada. It “will be available to everyone globally in the next week” said Mark Zuckerberg in a post on his Facebook profile.

Zuckerberg highlighted some of the differences between Messenger Rooms and existing video calling options. While regular Messenger and WhatsApp “are already the most popular video calling services globally,” those are currently limited in number; WhatsApp just added the ability to make eight-person calls, but sometimes you just need more.

Meanwhile “for large groups most of the video services out there are designed for work, not social interactions.’ Messenger Rooms can support up to 50 people without time limits. Zoom, on the other hands supports up to 100 participants with its free tier, but is limited to 40 minutes unless you purchase one of its paid plans.

Messenger Rooms allows you to invite friends with a link, even if they don’t have a Facebook account. You have the option to make calls private of course, but Facebook also differentiates itself by allowing you to show them at the top of your Facebook feed for anyone (or whomever your privacy settings allow) to join.

That could theoretically make calls feel a little more like a spontaneous social gathering than something you need to actively plan for; it might encourage people to join you might have not normally called on your own, though you still have control over who the Rooms show up for.

How to use Messenger Rooms

At the time of writing, Messenger Rooms is available within Messenger and Facebook, both on desktop and mobile, though Facebook says you will soon be able to create Rooms in Instagram and WhatsApp as well. To create a room, look for the video camera icon with a plus sign.

For example, in Facebook, it shows up right on your feed:

While in Messenger, it shows up on your chat list:

The default behavior is different for each. On Facebook, Rooms default to being public – anyone who sees you’ve created one can join, though you have the option to switch this setting before your room goes live under the “who is invited?” menu.

From there you can choose to only invite specific people if you’d like. Facebook also lets you set a specific time for rooms to go live, which is handy if you want to schedule meetups in advance.

On Messenger, Rooms are private. Only those you invite or send a link to can join. And again, anyone can join even if they don’t have a Facebook account.

The features within the video calls are pretty basic, but they cover the essentials. On mobile, you can use a few AR effects and play games with other participants, as well as share your screen. On desktop, you can currently only share your screen in addition to standard video. 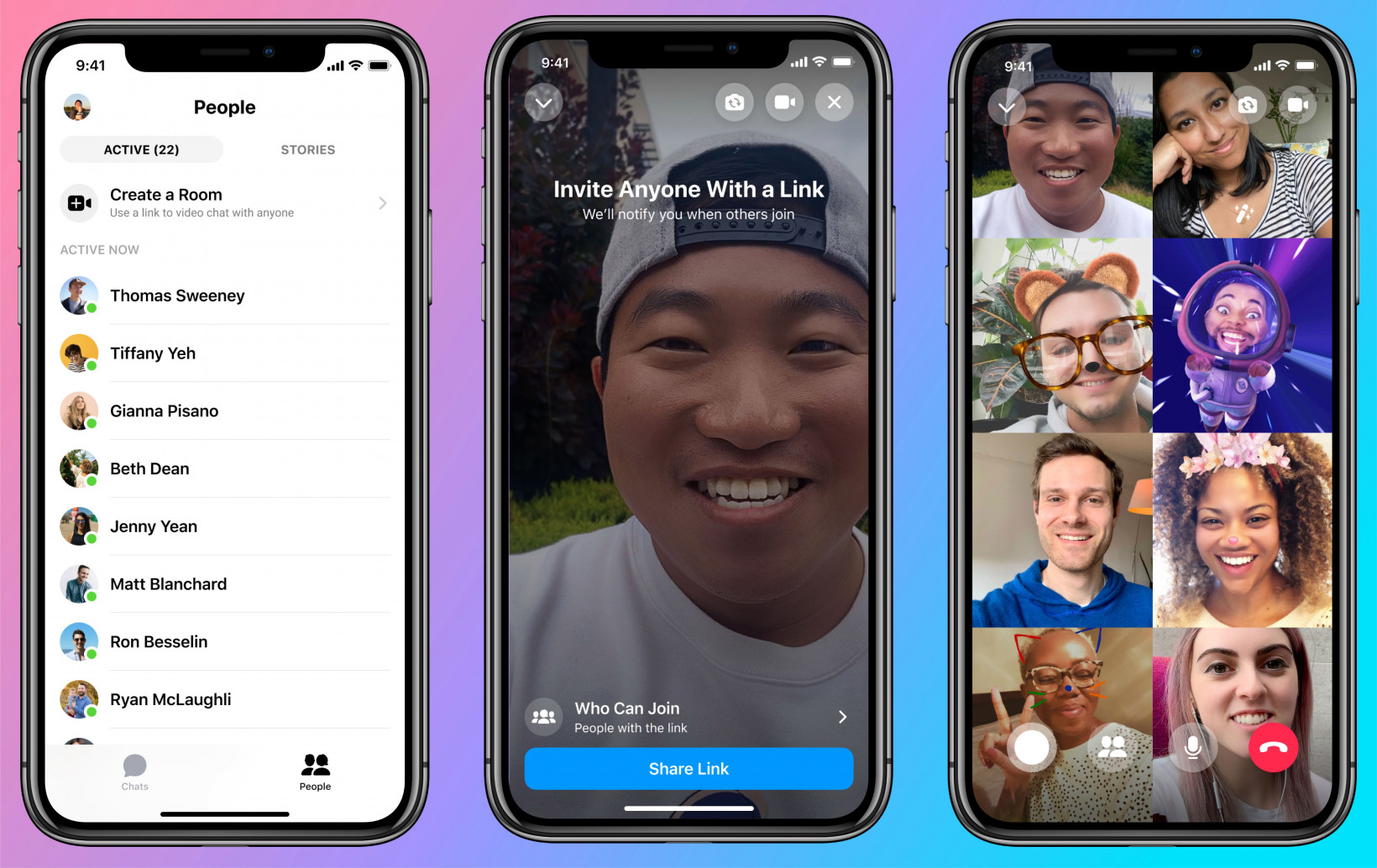 When Messenger Rooms was announced last month, Facebook said you’d be able to replace your background a la Zoom, but with the extra twist of the backgrounds being 360-degree images that move as you reposition your camera. That feature doesn’t appear to be live quite yet.

While not quite as powerful as Zoom, it’s an easy to use alternative if you just want to quickly start a video call with friends and family. Since so many people already have Facebook and Messenger installed, the barrier for entry is lower too.

Read next: Scientists give blind people 'sight' by drawing shapes directly on their brains