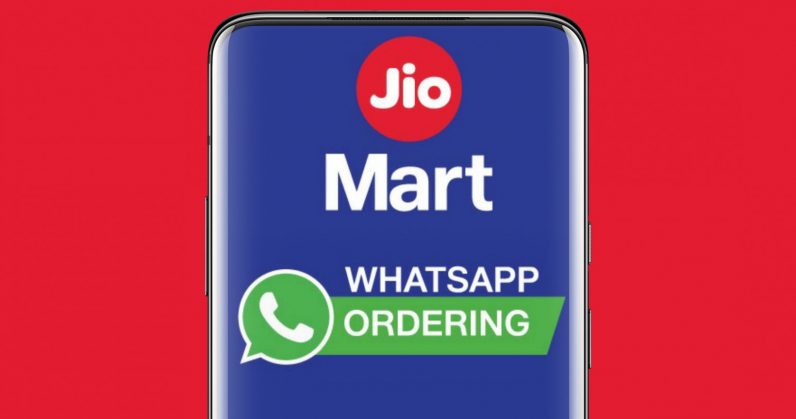 Less than a week ago, Facebook announced it was investing $5.7 billion into India’s largest mobile carrier, Reliance Jio. We now have an idea of how the two giants plan to collaborate: The latter’s ecommerce arm, JioMart, is now testing a system for WhatsApp users to order goods via the messaging service.

The pilot program currently allows for people in three cities in the state of Maharashtra — Navi Mumbai, Thane and Kalyan — to browse and order groceries for pickup from neighborhood stores, all via WhatsApp.

Here’s how it works: You’ll need to first text “Hi” to +91 8850008000 on WhatsApp; JioMart will then send you a link to sign up and place an order for staples like pulses, wheat flour, spices, coffee, and corn flakes. When you’re done, the order is assigned to a local grocery store (known in Hindi as a ‘kirana’ stores in your area. You’ll be notified when your groceries have been packaged, and you can pick them up and pay at the store yourself.

Given that it’s early days yet, the service is rather basic. But it does give us a sense of how Facebook and Reliance Jio will work together. The carrier already has more than 385 million subscribers, and Facebook-owned WhatsApp counts more than 400 million users across the country. Programs like JioMart’s ordering system could give both parties some new insights into its users’ daily needs and spending habits.

TechCrunch’s Manish Singh noted that more than 1,200 neighborhood stores are participating in the pilot program; the two companies also plan to build a service to help users locate stores in their area, browse available products, and place orders via WhatsApp.

The major missing piece of the puzzle here is an integrated payment service. Facebook has been trying to get WhatsApp Pay off the ground in India since 2018, but regulatory hurdles have stifled this effort even after a trial program concluded.

Read next: It's lonely being a female engineer — here’s how we fix it