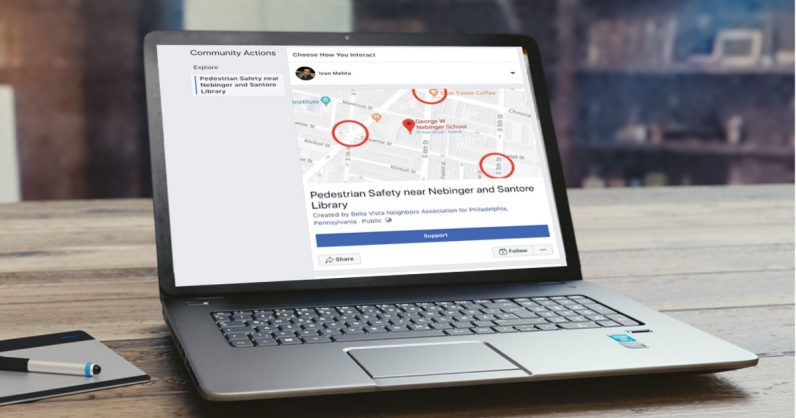 In the past few years, Facebook’s been concentrating on community-based features like Candidate Info and Town Hall to increase users’ engagement with local government and politics. In its latest move, it’ll roll out a petition feature you can use to create a campaign that other folks can support. TechCrunch, which got a sneak peek of the feature from the company, says that Facebook is aiming to focus this feature around local causes and on bringing them to the attention of government bodies in charge of them.

The petition feature, which is called Community Actions, will start rolling out in the US from today. You can create an Action with a title and description, and tag the relevant authority or agency that can act on it. Other users can “support” the petition and share the cause to their feeds to help it gather momentum.

You can only participate in the discussion about an action if you choose to support it. If you’re against an Action, you can’t register your opposition with a downvote-like button. Instead, you’ll either have to share the cause with your followers and post a comment or report it.

With a new Facebook feature comes new concerns, the first being post moderation. While the example of a Community Action posted by Facebook shows causes like build a performing arts center and putting crosswalks near a library, it’s safe to assume that loads of people will use this opportunity to try spreading misinformation or incite violence. Facebook will have to enforce a rock-solid moderation policy to ensure problematic posts don’t filter through its system and onto users’ news feeds.

Next, it’s possible that some users will choose to ‘support’ Actions only to post offensive comments in the discussion thread. Facebook told TechCrunch it’ll “employ a combination of user flagging, proactive algorithmic detection, and human enforcers” to manage the feature. Additionally, some government officials will have a “constituents” badge to ensure people know when there’s an authentic comment from a government representative on the post.

Facebook also said that it didn’t face any trouble in its initial tests with a limited number of users. But it’ll surely face a more challenging scenario once the feature is available to a larger user set.

This feature could potentially create an alternative to the popular petition platform, change.org, which claims to have more than 250 million users.

In this regard, Facebook has a natural advantage of a larger user base and ease of use – people can support a cause with just the click of a button on their news feed. But it remains to be seen if Community Actions actually gain traction and assist concerned citizens in getting their attention of their elected representatives.

Read next: Uber is now working on self-driving scooters and bicycles