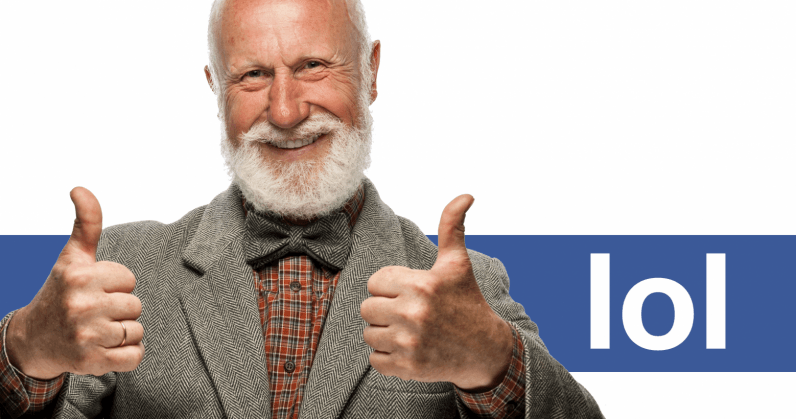 Facebook hasn’t given up on attracting teens. After numerous failed products aimed at teens — including LOL, Facebook Watch, and IGTV — the company is now hard at work on LOL, a meme hub of sorts meant to win the hearts and minds of teens fleeing for greener pastures at TikTok, Snapchat, and Instagram.

First reported by TechCrunch’s Josh Constine, LOL would bridge the gap of a traditional News Feed with meme-focused content that Facebook hopes will attract teen attention.

For the 100 or so high schoolers currently testing it (each bound by NDA with parental consent), the feed replaces the Watch tab and includes GIF-like clips divided into categories like “For You” (*cough* Tik Tok’s main page), “Animals,” “Fails,” “Pranks,” and others. Users rate content with one of three reaction buttons — “Funny,” “Alright,” and “Not Funny” — before moving on to the next in a black-bordered theater mode meant that auto-advances to the next clip.

Atop the feed is the “Dailies” section, a round-up of sorts that surfaces popular or categorically organized shorts a lot like Snapchat does. If scrolling isn’t your thing, there’s a button to play “Random” content. Users also have the option to dive into category-specific clips in feeds like “Memes,” “Pranks,” and “Gaming.”

From the outside, the experience — what little we’ve seen of it anyway — rings hollow, like a thinly-veiled attempt to replicate the successes of Snapchat and TikTok, all rolled into one.

Unlike Snapchat or TikTok, though, the content, according to Constine, is sometimes weeks old. For teens obsessed with meme culture, LOL may as well brand it with an “I’m Old” logo.

It’ll appeal to some millennials, specifically those who aren’t as plugged in to meme culture as teens or your average tech reporter. For many, the content could prove a welcome addition to the “I don’t know what to post” conundrum that plagues all Facebook users from time to time.

For teens, there’s little chance LOL moves the needle in an ecosystem dominated by meme accounts on Instagram, TikTok, and Snapchat.

Facebook confirmed that it was working on LOL, but offered little additional information.

Read next: AI isn’t here to steal your job, it’s here to make it better