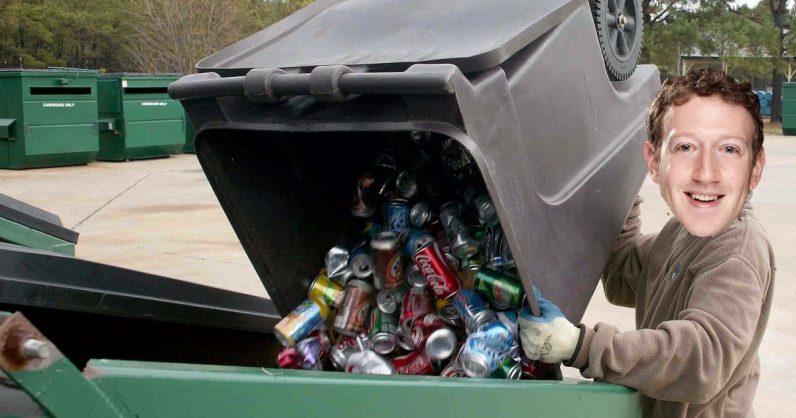 Update: Facebook told TechCrunch that the Russia-based Internet Research Agency (IRA) was indeed linked with a number of the removed 115 accounts.

“Last night, following a tip off from law enforcement, we blocked over 100 Facebook and Instagram accounts due to concerns that they were linked to the Russia-based Internet Research Agency (IRA) and engaged in coordinated inauthentic behavior, which is banned from our services,” Facebook’s head of cybersecurity policy Nathaniel Gleicher told TechCrunch. “This evening a website claiming to be associated with the IRA published a list of Instagram accounts they claim to have created. We had already blocked most of these accounts yesterday, and have now blocked the rest. This is a timely reminder that these bad actors won’t give up — and why it’s so important we work with the US government and other technology companies to stay ahead.”

Just before the US midterm elections, Facebook removed a total of 115 accounts it thought that ‘engaged in coordinated inauthentic behavior’.

The company said US Law enforcement contacted it on Sunday to report suspicious online activity, which they believed was possibly linked to foreign entities. Today, the social network removed 30 accounts from Facebook and 85 accounts from Instagram.

We immediately blocked these accounts and are now investigating them in more detail. Almost all the Facebook Pages associated with these accounts appear to be in the French or Russian languages, while the Instagram accounts seem to have mostly been in English — some were focused on celebrities, others political debate.

The company is investigating whether the Russia-based Internet Research Agency or another foreign organization was linked to these accounts.

Facebook is ramping up its action against ‘fake’ players. It recently removed 82 pages, groups, and accounts originated in Iran for inauthentic behavior. Last month, it also removed more than 800 pages and accounts for spreading misinformation and political spam.

The social network has tried to act vigilantly since the famous Cambridge Analytica fiasco. Regarding today’s announcement, Facebook said it usually performs deeper analysis before issuing a statement. But, since the US midterms elections are underway, it wanted people to know that it’s taking action.

Read next: It takes three times more energy to mine Bitcoin than gold