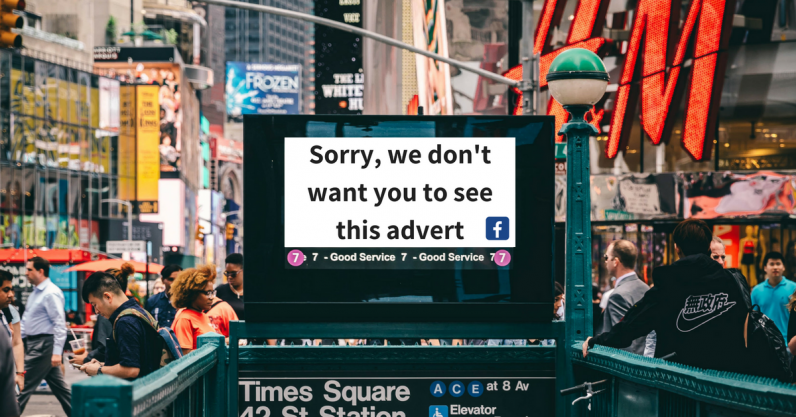 Facebook has recently come under fire for its discriminatory ad options. Yesterday the social media giant responded with a blog post outlining its plans to remove more than 5,000 ad targeting options in an attempt to prevent advertisers from discriminating against its users, in relation to religion or ethnicity.

The platform has promised to remove most options from the “exclusion” category that could be used to discriminate and according to Buzzfeed, these options will be removed by this fall.

This update will result in advertisers no longer being able to hide their ads from people interested in evangelicalism, passover, or Islamic culture, according to a report from Quartz.

“While these options have been used in legitimate ways to reach people interested in a certain product or service, we think minimizing the risk of abuse is more important,” Facebook explained in its statement.

This comes after an official complaint was made by the U.S Department of Housing and Urban Development (HUD) which accused Facebook of allowing landlords to discriminate against certain races, religions, sex, familial status, and various other categories by manually selecting who can see their ad posted on the platform.

HUD’s complaint was not the first against Facebook’s discriminatory ad targeting options. In 2016, ProPublica investigated how the tech giant allowed unethical advertisers to specifically tailor their ads. It revealed how Facebook‘s targeting options allowed housing ads to avoid been seen by black, Jewish, and disabled users.

This announcement was a smart move from Facebook — during a time when no one seems to trust the platform. It’s encouraging to see the tech giant choosing common decency over selling more manipulative tools to advertisers — even though it’s just to save its own ass.

Read next: No, you can't actually make bail payments in cryptocurrency