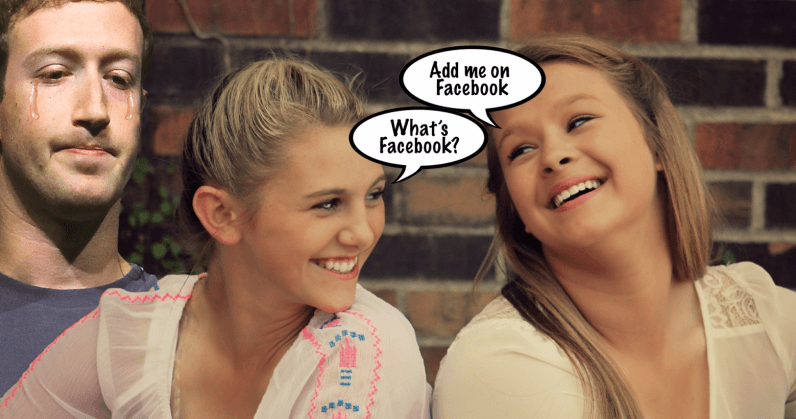 Always on the lookout for novel ways to attract teens, Facebook purchased viral polling app TBH last October. The app fell well short of anything innovative but did manage to snag an estimated 2.5 million users, mostly teens, just a few months after its launch. While it’s easy to point to as a failure — Facebook shuttered the app last month due to “low usage” — the purchase price of the app (less than $30 million) may end up paying dividends down the road.

But the acquisition points to a sneaky way to collect teenage users, and as documents obtained by BuzzFeed News show, the strategy is highly reproducible. TBH admits that these tactics are “too scrappy” for large companies, but expanded on a rather novel “psychological trick” in an internal memo — you can view the full memo at BuzzFeed.

How we did it

Our team obsessed with finding ways to get individual high schools to adopt a product simultaneously. We designed a novel method that was reproducible, albeit non-scalable.

Our first breakthrough was that we discovered that teen Instagram users would frequently list their high school in their bios (e.g. “Sophomore at RHS”). We would simply crawl the school’s place page and then follow all the accounts that contained the school’s name. However, we hit a roadblock: users would view our Follow Requests at varying times of the day so it derailed our efforts to get their attention simultaneously.

We eventually identified a psychological trick:

2. Set the bio to something mysterious, e.g., “You’ve been invited to the new RHS app—stay tuned!”

4. Wait 24 hours to receive the inbound Follow Requests. (They were curious about our profile so they requested access)

5. At 4:00PM when school gets out (The Golden Launch HouseTM), add the App Store URL to the profile.

This notified all students at the same time that their Follow Request had been accepted—and they subsequently visited our profile, looked at our App Store page, and tried the app.

TBH’s methods dispel the notion that an expensive PR campaign is the only way to gain early traction. In fact, strategists at the company deemed that a press-driven strategy generates “fragmented” user bases while attracting just “a handful of Silicon Valley socialites.”

The method, in case you were wondering, doesn’t violate Instagram‘s terms of service. The platform allows users to create multiple accounts, and doesn’t require them to disclose their real identity.

Read next: OPPO's F9 phone to land later this month, and it looks gorgeous