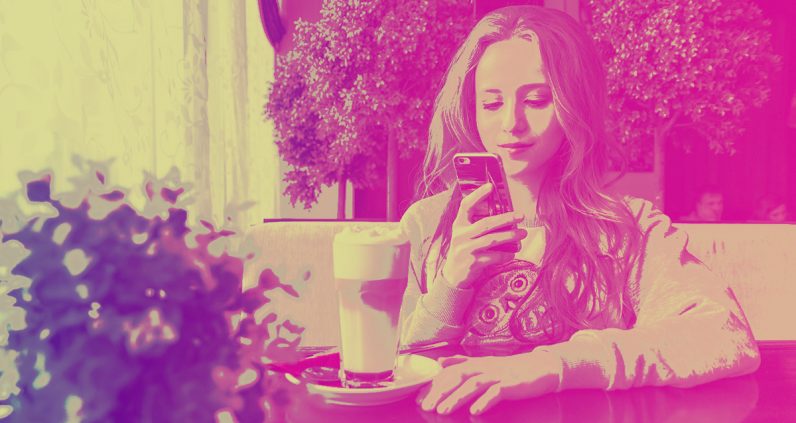 From the 1990s onward, teens in the United States benefited from a steady ascent in adolescent happiness levels. As indicators like life satisfaction and self-esteem reached new highs, few knew that two decades later it would all come crumbling down.

2012 was an important year. For the first time since its debut in 1992, the smartphone crossed the 50 percent threshold. Just five years after Steve Jobs first unveiled the iPhone, smartphones wedged their way into each our daily lives, becoming a pervasive device that began to eat away at the time it once saved.

2012’s importance didn’t end there. It also marked the beginning of the precipitous drop in adolescent happiness levels that has us searching for a new floor with each passing year.

Coincidence? Research by the University of Michigan suggests it’s not.

After surveying over a million eighth, 10th, and 12th graders, researchers discovered that, in teens, screen time was directly proportional to happiness levels. Screen time, for the sake of this study, includes gaming, browsing the web, social media, texting, and video chatting. Unsurprisingly, those who spend the least amount of times on screens showed a positive correlation with typical happiness indicators, like self-esteem and life satisfaction.

In the report, “Decreases in Psychological Well-Being Among American Adolescents After 2012 and Links to Screen Time During the Rise of Smartphone Technology,” researchers found that the most unhappy teens were those who spent more than 40 hours a week online. Those glued to their screens more than five hours a day were more than twice as likely to be unhappy as teens who were online an hour or less.

The happiest teens were those that spent the most time with friends. In person, that is; not on a video chat or text message chain.

The research underscores mounting concern in the tech world — including apprehension from former Facebook employees — that social media has gone too far. Facebook isn’t alone, but even the world’s largest social network recently acknowledged the problem.

Of course, Zuckerberg reached this level of enlightenment after attempting to lure even younger children into the Facebook ecosystem with a messaging app aimed at kids just a couple weeks earlier.

So, take from that what you will.

Decreases in Psychological Well-Being Among American Adolescents After 2012 and Links to Screen Time During the Rise of Smartphone Technology. on APA PsycNET

Read next: As Stripe ditches Bitcoin, it's time to rethink what the cryptocurrency is good for