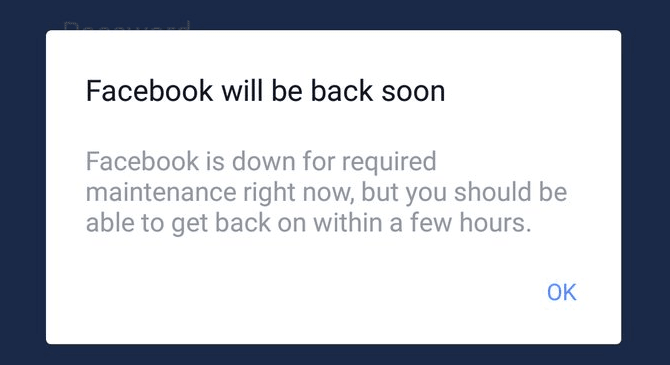 Ring the alarm: Facebook and its subsidiary Instagram are both down for numerous users across the globe.

Users are storming in to Down Detector and Outage Report to indicate that the popular social media platforms are both experiencing server downtime.

Facebook is having issues since 11:11 AM ESThttps://t.co/YbrNS7dpo9
RT if you're also affected #facebookdown pic.twitter.com/b5q3KqwkKs

Instagram is having issues since 11:10 AM ESThttps://t.co/ev1yxJvrA8
RT if you're also affected #instagramdown pic.twitter.com/7fFLOciMq4

It remains unclear what is causing the issue for now, but it appears the issue is pretty widespread, with users in the US, Europe and Japan being most severely affected.

Check out this heat map for more details:

Facebook is yet to confirm the technical difficulties on its official status page, which says the platform is still up and running – which it clearly isn’t.

The Twittersphere is currently blowing up with reports and complaints from miffed users:

Some users are reporting that Facebook’s dedicated Business Manager page is also experiencing downtime at the time being.

It is worth nothing that the outage only affecting a limited amount of users, with many others still being able to access the platform without any difficulties.

Too bad if you happen to be one of the former.

Update (4:15 CST): Facebook posted an update saying “We are seeing performance numbers improve. While the main issue is still in progress, we believe the API errors should have subsided a bit.” Facebook appears to be back up for several people now. Hopefully the worst of it is past.

Read next: The Game Boy Mini no one needs might be in the works