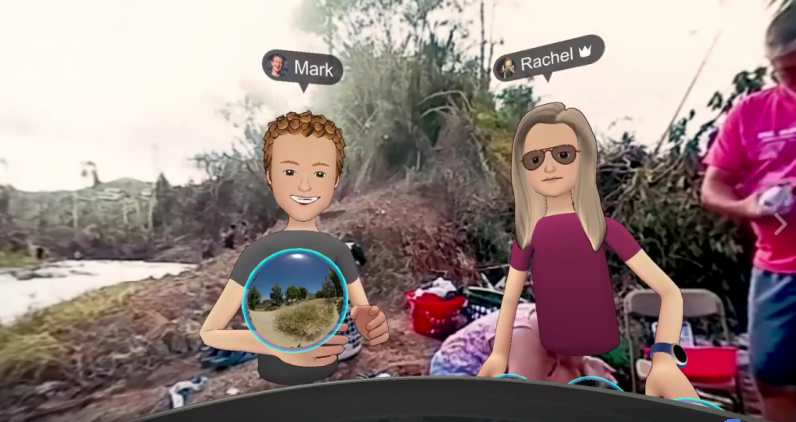 Sentient CEObot Mark Zuckerberg today took a trip to the disaster-stricken island of Puerto Rico via the medium of virtual reality and some ghastly Second Life-style avatars. It’s pretty much the most tasteless thing I’ve seen all year, and you can check it out here.

Watch in sheer disbelief as the grinning 3D representation of the Zuckerbot points out the absolutely-fucking-obvious (“We’re on a bridge here. It’s flooded.”), before segueing awkwardly into how “magical” virtual reality is.

Gaze in horror as  Zuckerberg virtually high-fives the avatar of a Facebook staffer while ‘standing’ in front of the flooded carcass of someone’s home.

And then watch him teleport instantly from the worst natural disaster to strike Puerto Rico, to Facebook’s upcoming Oculus Connect 4 conference.

Zuckerberg has famously been visiting all 50 states in the union. That said, Puerto Rico is a territory, which explains why he could only be bothered to visit in VR.

Either way, this is the most tasteless move I’ve seen from a CEO in a long time, and conclusively proves that Zuckerberg has precisely zero self-awareness.

One of the most powerful features of VR is empathy. My goal here was to show how VR can raise awareness and help us see what’s happening in different parts of the world. I also wanted to share the news of our partnership with the Red Cross to help with the recovery. Reading some of the comments, I realize this wasn’t clear, and I’m sorry to anyone this offended.