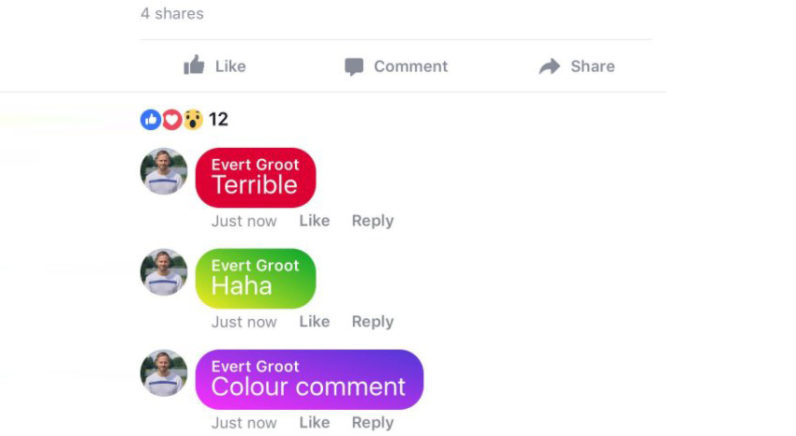 It appears Facebook is contemplating extending its obnoxious color-background text-only posts to comments – so you might want to start getting mentally prepared for a visual cacophony in the comments section.

A small fraction of users have reported being able to use the feature when commenting, though it appears it is strictly limited to mobile for the time being.

NEW: Facebook is testing coloured comments… This is going to look a mess!

This is what Facebook’s NEW coloured comments look like 🤢🌈

The social media giant initially put out the color-background post feature back in December last year. While the functionality was originally available solely to Android users, it eventually made its way to the iOS and web version of the app too.

Assuming the feature works the same way it used to last time around, colored comments should be visible to anybody using Facebook – even users outside of the control group.

It remains unclear whether and when the functionality will roll out to the official app, but we’ve pinged Facebook for more details and will update this piece accordingly once we hear back.

Update: After this article was published, Facebook got back to us.“We’re always exploring new ways for people to connect and have conversations, so we are testing new features on comments,” said a spokesperson.