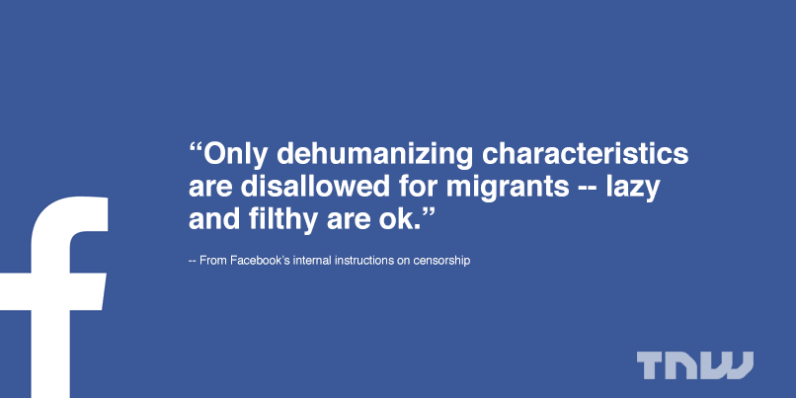 “All white people are racist. Start from that reference point, or you’ve already failed,” read a Facebook post by Black Lives Matter activist Didi Delgado. The post earned her a temporary ban from the social network. “Racist,” according to Facebook, is a racial slur, and using it to refer to a specific group of people earned Delgado a seven day time out.

Another — arguably more inflammatory post —  wasn’t deemed to be as offensive. Its creator, US Rep. Clay Higgins, didn’t face the same ban (or worse) after calling for the murder of a specific group of people. Higgins wrote (emphasis ours):

The free world… all of Christendom… is at war with Islamic horror. Not one penny of American treasure should be granted to any nation who harbors these heathen animals. Not a single radicalized Islamic suspect should be granted any measure of quarter. Their intended entry to the American homeland should be summarily denied. Every conceivable measure should be engaged to hunt them down. Hunt them, and kill them. Kill them all. For the sake of all that is good and righteous. Kill them all.

For Facebook, this has been a real thorn in the side.

To most, this would seem to be a classic case of selective enforcement. You could say Higgins’ position of power got him a pass. Facebook CEO Mark Zuckerberg did, after all, personally exempt Donald Trump posts that call for banning Muslim entry to the US — a clear violation of the “calls for exclusion” clause in its Terms of Service.

Others could make an easy argument for discrimination. Delgado is a person of color, while Higgins is a white male.

But we don’t have to guess anymore. ProPublica today published internal documents that outline who’s worth protecting — at least according to Facebook. 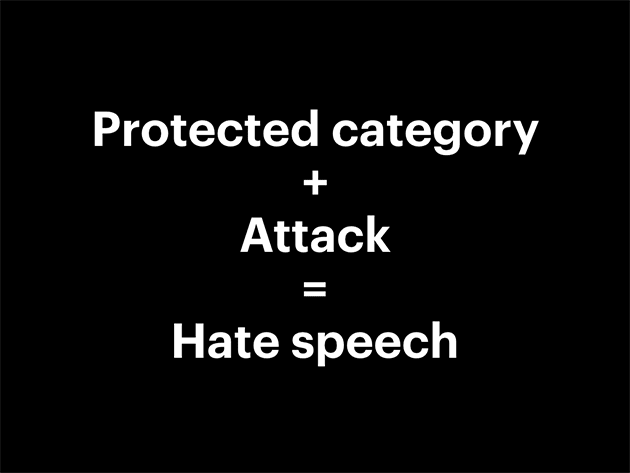 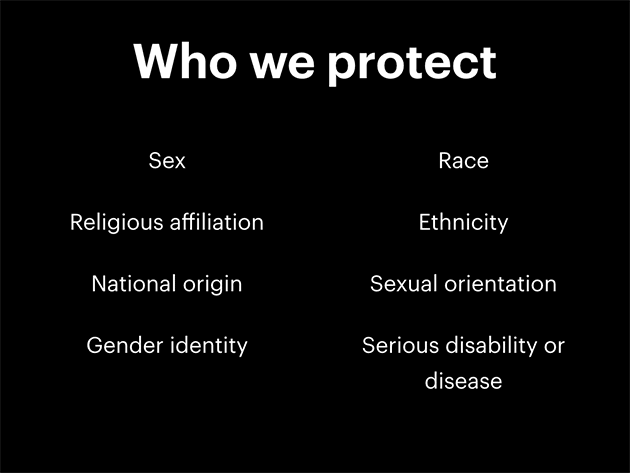 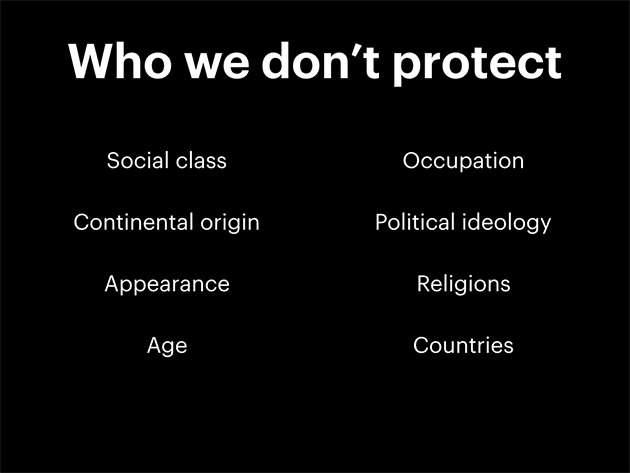 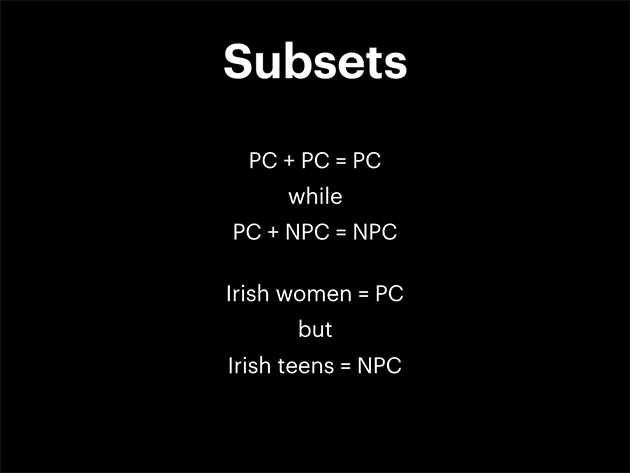 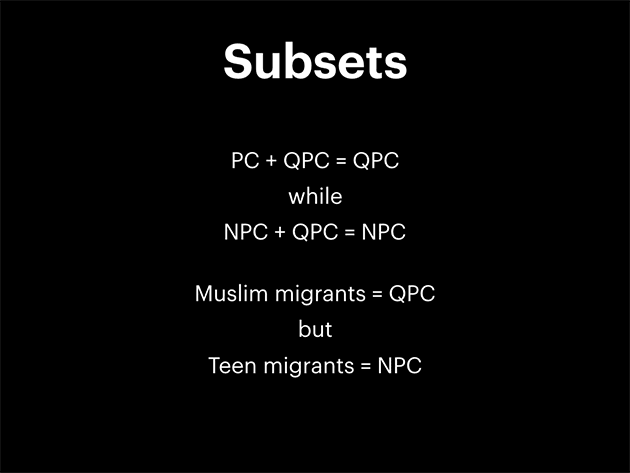 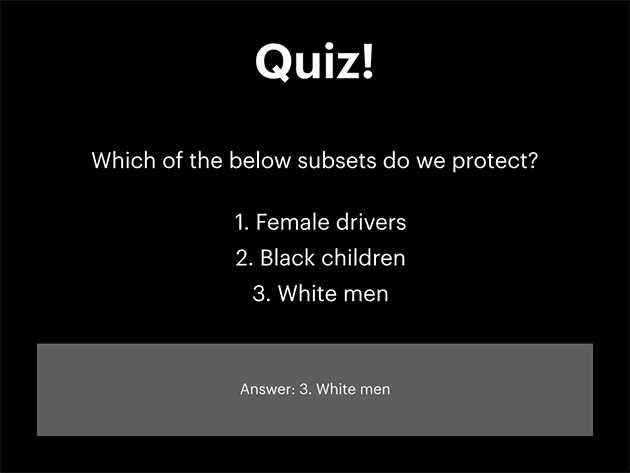 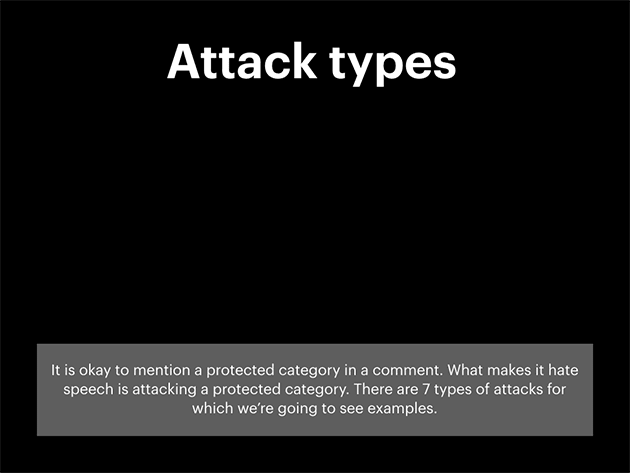 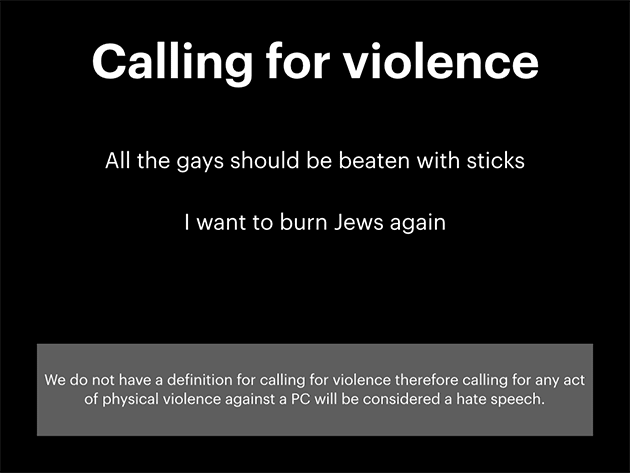 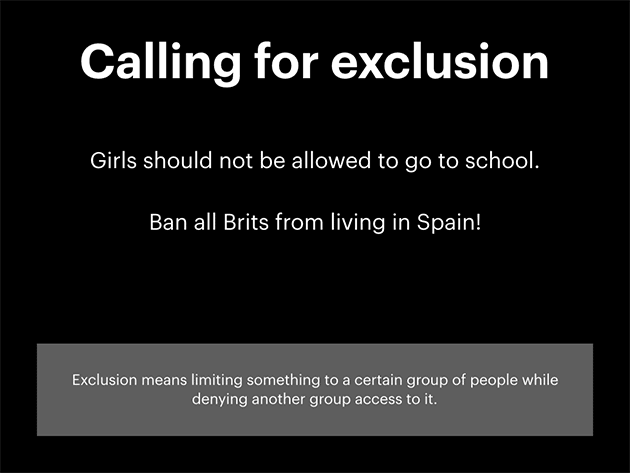 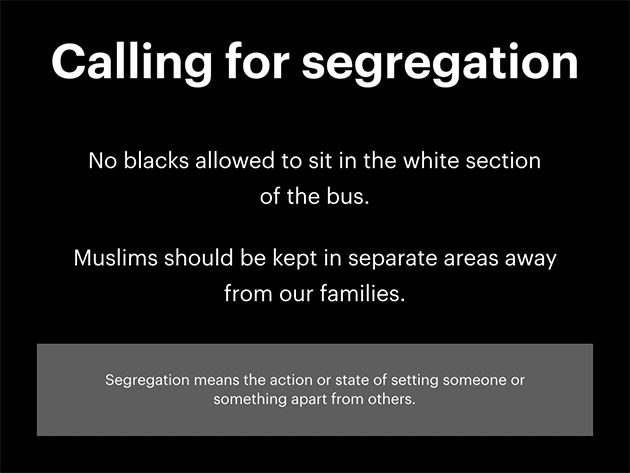 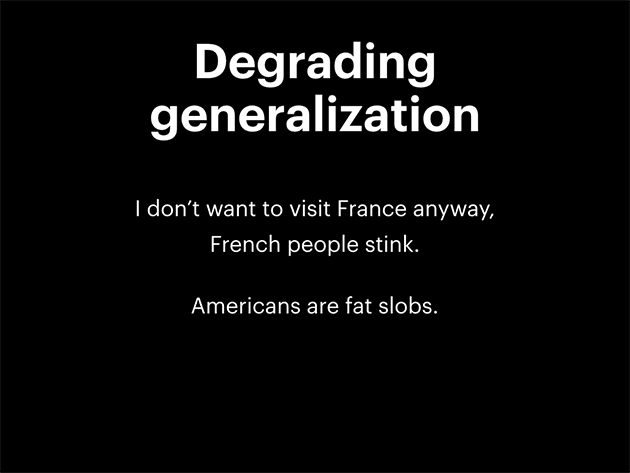 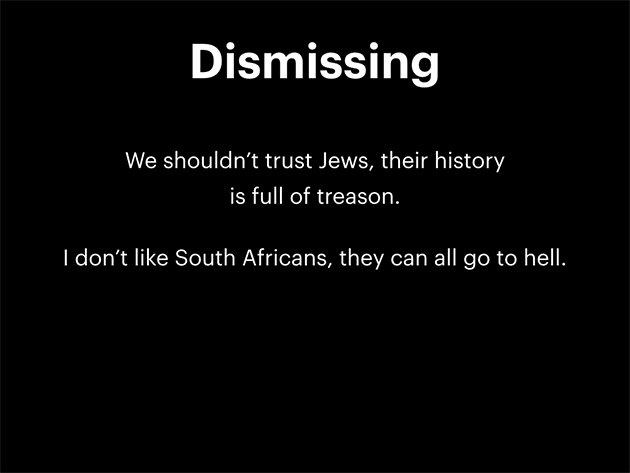 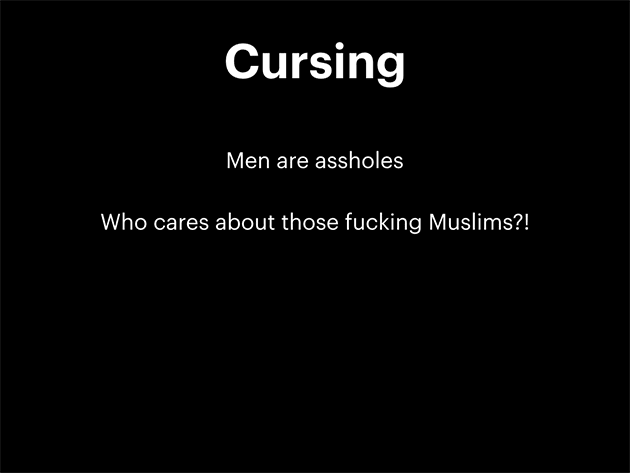 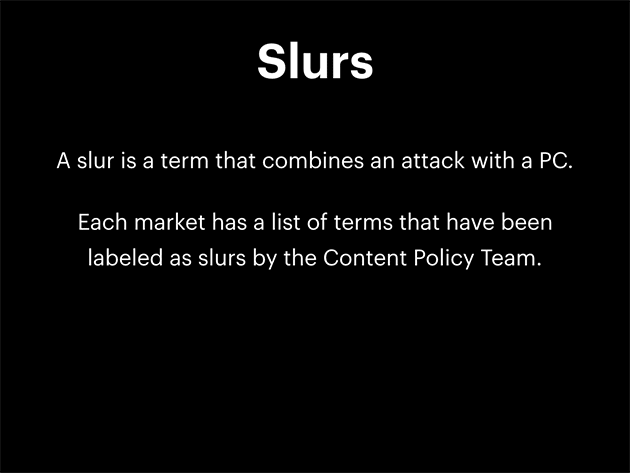 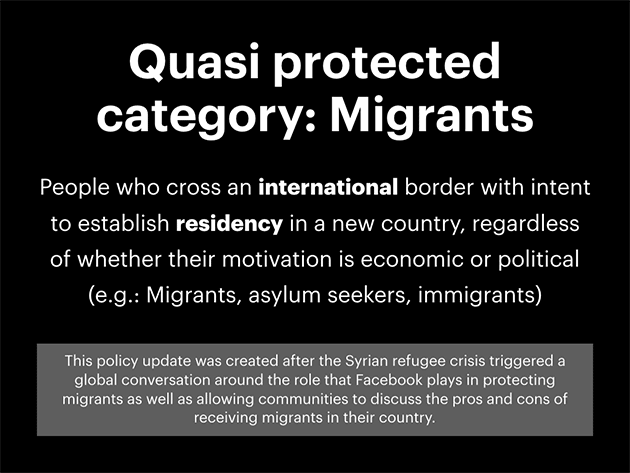 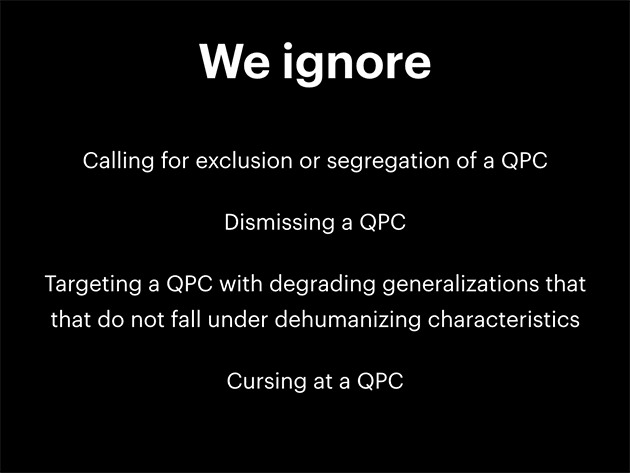 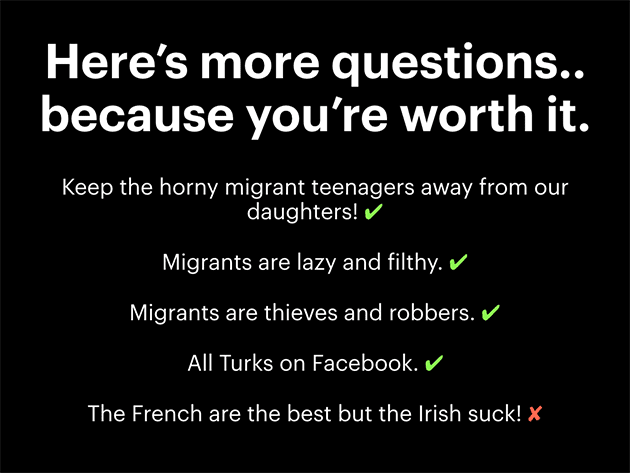 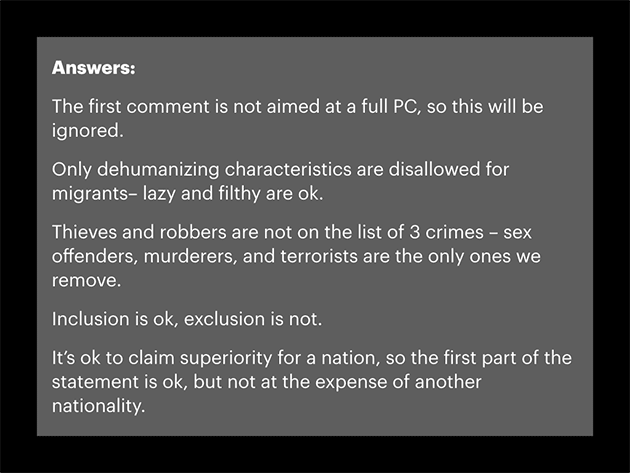 There’s a lot to unpack here. And for what it’s worth, damning as it may seem, this seems to be a case of faulty logic, not so much institutional racism.

In an attempt to defend all races and genders equally, Facebook has, in effect, turned a blind eye to those who need the most protection. It’s okay, for example, to call a Mexican migrant worker a thief, robber, or to say they’re lazy and filthy. It’s not okay, however, to call them a dog. It’s the latter that will get a post censored, although the former classifications are far more egregious.

And then there’s this:

The French are the best but the Irish suck.

This is a post that could earn you a ban. Calling Syrian refugees “whiny assholes” or calling for the murder of extremists (as in Higgins’ example) is perfectly fine.