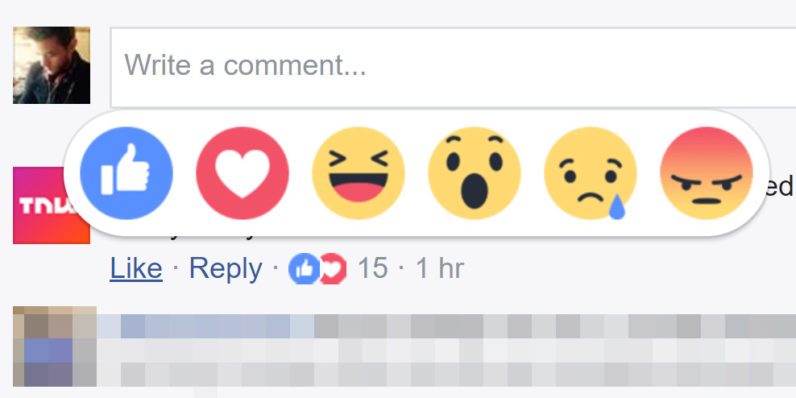 It was only a matter of time: Facebook has now brought reactions to comments.

As first reported by The Verge, reactions have now started to show up in comments for desktop users. It works the same as reacting to a News Feed post: just hover over the Like button in a comment, and choose from any of the six options. That should save you some time if someone wrote a funny comment and you can’t be bothered to type out “haha.” The feature doesn’t appear to be live on mobile yet, but we imagine it won’t be long.

NEW: Facebook is rolling out Reactions for comments 👍❤️😡😲😢😆 pic.twitter.com/RUWqmqhYCg

The company brought reactions to Messenger a little over a month ago, so with today’s update, Facebook now lets you react to almost anything. The only thing that’s missing is the ability to react to reactions themselves, and then you’ll never have to type again.