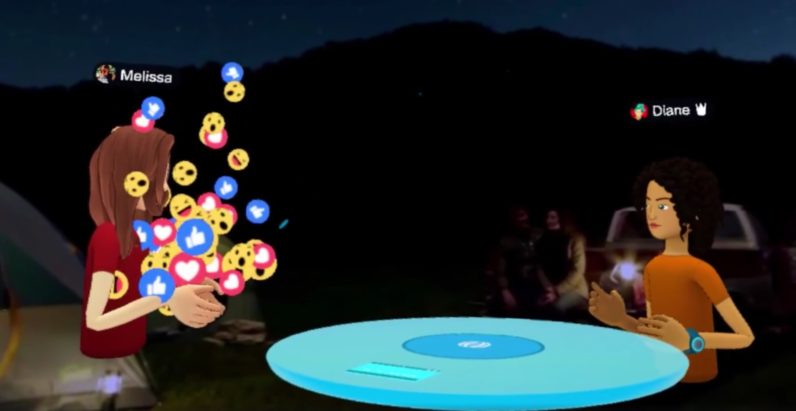 Facebook is finally announcing a real VR social app, and it’s called Facebook Spaces. The app allows you to hangout in a virtual space and browse through your Timeline memories with friends.

To create an avatar, you simply import a photo from Facebook and the app will try to create a toonish fascimile, which you can then customize further.

You can then invite friends to join you. Facebook also showed off creating artwork, playing games, listening to music and watching 360 videos in VR.

Since not everyone has a VR headset just yet, you can also interact with people using video calling on Messenger – they simply appear as a 2D video within the virtual space. On their end, you appear as your virtual avatar.

Facebook Spaces is launching beta later today for Oculus Rift. In the meantime, you can watch Facebook’s announcement video here.

Read next: Facebook is baking in Spotify and Apple Music right into Messenger