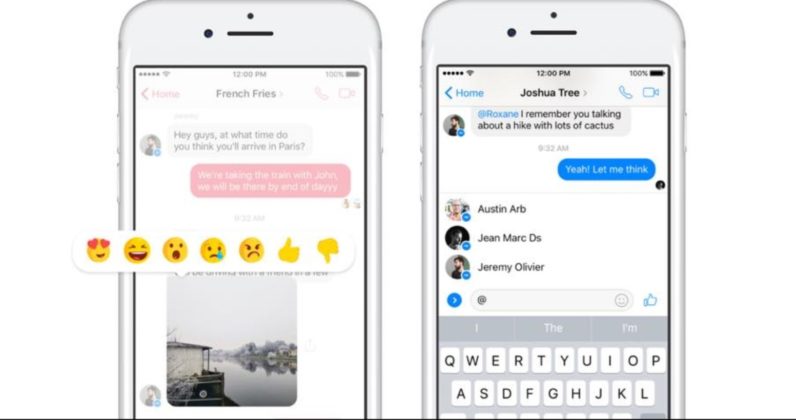 Facebook is making conversations in Messenger a lot more like… well, Facebook. You can now use reactions during chats, as well as tag specific people using the ‘@’ symbol.

The reactions are useful for the same reason they are on Facebook proper: They give you more ways to acknowledge you’ve read a post and express your feelings towards it instead of a generic Like. In fact, Messenger also offers a thumbs down reaction, something you can’t use on Facebook. Here it’s probably meant to serve more as a ‘no’ than a ‘dislike’ button, which will come in handy for, say, deciding what restaurant to eat at with a group of friends.

Meanwhile, the @mentions will be useful when you want to let someone know they’re being specifically called upon in a conversation. As with WhatsApp – which added a similar feature a few months ago – it will be particularly appreciated (or annoying) in all those large group chats where half the participants have muted the conversation.

Both features are rolling out globally today.