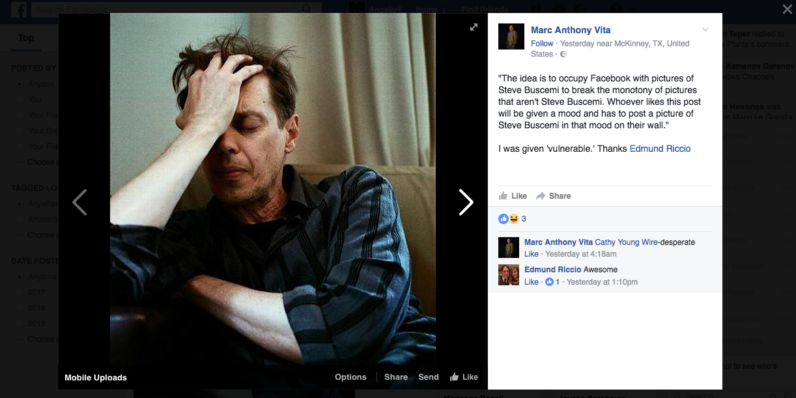 It might not be as noble as the now-completed Ice Bucket Challenge that went viral back in 2015, but the Steve Buscemi Challenge is starting to cement its status as one of the most resilient internet phenomenons to have popped up on Facebook in recent years.

The initiative – which aims to sort of jokingly celebrate the actor by occupying Facebook with his pictures – appears to be making a comeback for a fourth year in a row.

The challenge was first born in (the distant in internet years) 2014, but has consistently been making the rounds every year since then.

Here are the rules of the game as stated on Facebook: 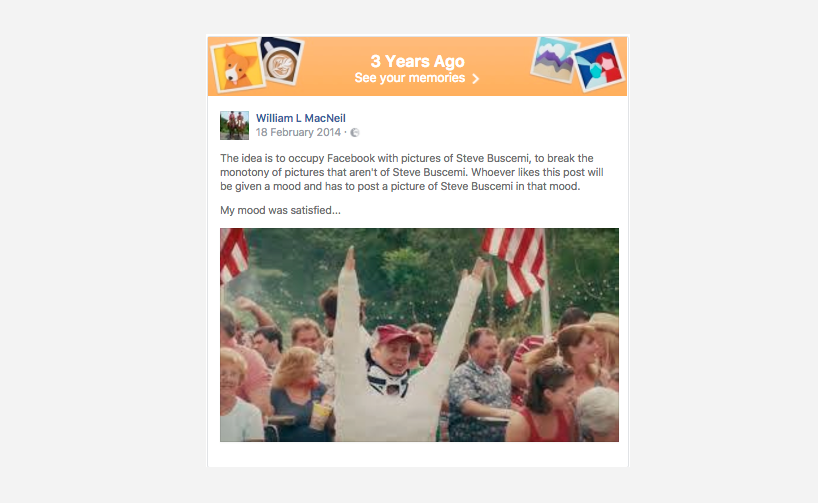 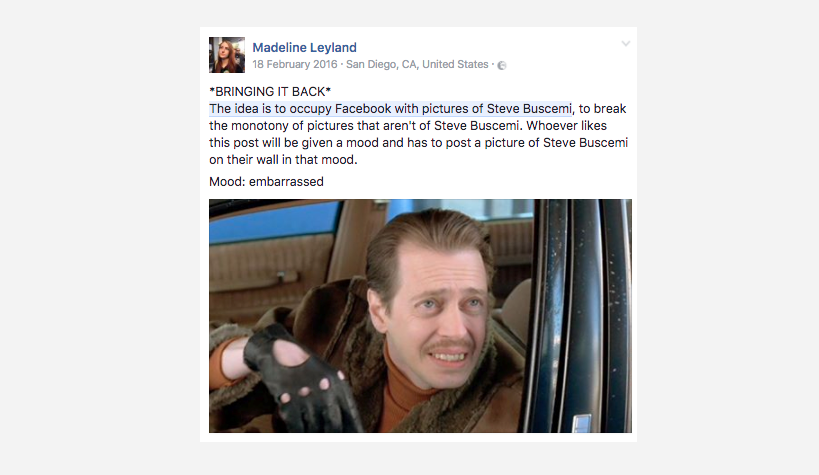 The initiative is essentially a pass-the-torch type of game where one your friends challenges you to find a photo of Buscemi that reflects a certain mood. Once you respond to the challenge, you get to call out one of your other friends to do the same.

Here are some of this year’s entries that ought to give you a better idea:

In case you want to find more, you can search Facebook for the phrase “The idea is to occupy Facebook with pictures of Steve Buscemi” – or simply click here.

Given that we’ve witnessed a heap of stupendously dumb trends surface on the internet in the last few years, this happens to be one of the few I wouldn’t mind engaging in. I mean, I’d much rather reshare some Buscemi pics than shove cinnamon up my nose.

Now go keep the trend alive and challenge your friends to disrupt the non-Buscemi Facebook monotony.

Read next: This company 3D-printed an adorable house in 24 hours