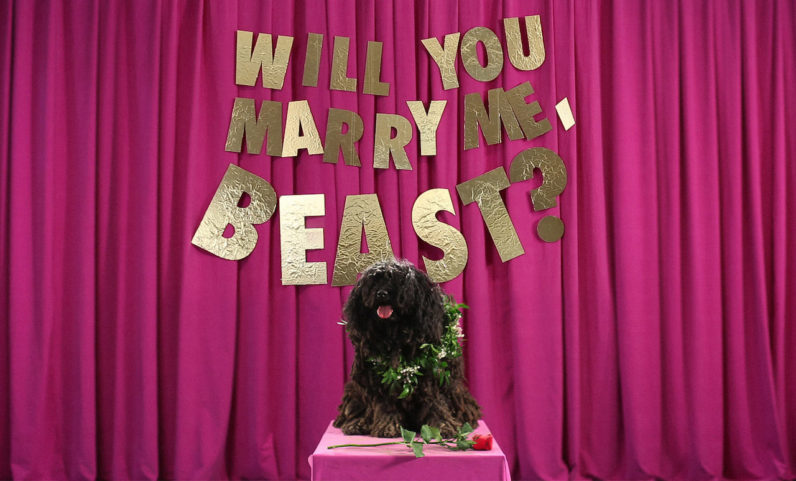 Like pretty much every technology journalist who ever lived, I’ve come to loathe my inbox. But amidst the mountains of terrible pitches and press releases, there’s the occasional gem that’s either genuinely interesting, or truly bonkers.

Point in question: About an hour ago, I got an email from Floppy – a jet-black puli dog from Budapest, Hungary.

Floppy wasn’t pimping a new Kickstarter, or asking if I was attending some boring fucking conference in a Florida resort town I hadn’t heard of before. She was… Well… I’ll let you watch.

Yes, Floppy (who looks a bit like if Cousin Itt got caught up in the Exxon Valdez oil spill) is trying to shack up with Mark Zuckerberg and Priscilla Chan’s dog, Beast.

And while it’s unlikely the two dogs will ever meet, it won’t be for a lack of trying. Floppy’s owners have produced the above music video, which they played outside Facebook’s headquarters on a jumbotron. They’ve also produced some fliers which they’re asking Facebook employees to pass to Zuckerberg whenever they see him in the hallway.

I think I’ve had enough Internet for today.

Read next: You can now buy stuff with Google Home