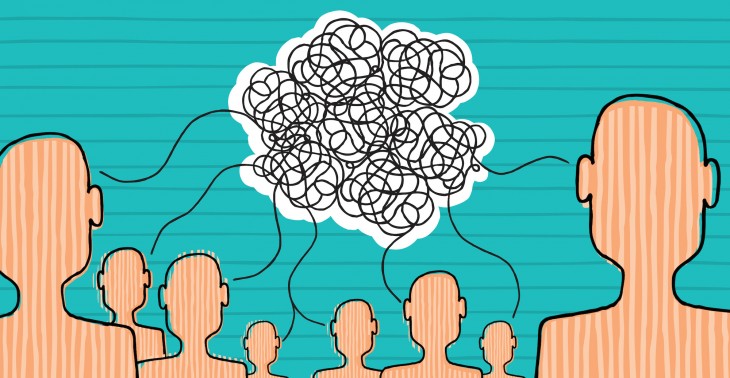 During a Q&A session, Mark Zuckerberg once said:

One day, I believe we’ll be able to send full rich thoughts to each other directly using technology. You’ll just be able to think of something and your friends will immediately be able to experience it too if you’d like.

Spotted by Business Insider, several recent job postings originating from Facebook’s uber-secretive ‘Building 8’ group describe a project involving “neuroimaging” and “electrophysiological data” to create a “communications platform of the future. Another seeks a Ph.D. in neuroscience to help with “inception to product” over a two-year timeframe. A third calls for an engineer who can “develop audio signal processing algorithms” for a “communication and computing platform of the future.”

We can’t be sure, but it seems Zuckerberg is settings his sites on making the 2015 quote a reality in the next two years.

Building 8 is still mostly a mystery, but indications suggest it’s a sort of ‘moonshots’ division comparable to Alphabet’s ‘X’. All Facebook has revealed publicly about the secretive division is that it intends to further Facebook’s mission of connecting the world. We do know, however, that Facebook’s poaching of Google’s Regina Dugan in April of last year offers an additional clue about Building 8, and Facebook’s new project: Dugan is in charge of building “technologies that fluidly blend physical and digital worlds,” according to Facebook after her hire.