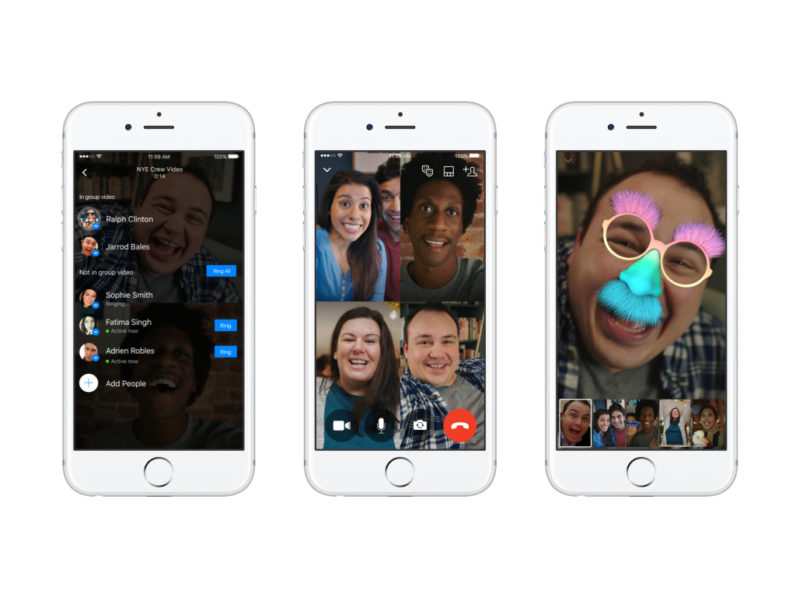 To get started, simply start a video call in a group conversation, or create a new one. You can also ping people directly if they’re not responding to the group call.

If there are six people or less you have the option to either view all participants’ video at once or use a Hangouts-like carousel that highlights the active speaker. Once you go beyond six, Messenger will default to the latter. You can have a max of 50 participants.

The company has been rapidly adding feature to its platform of late, not the least of which was a whole revamping of its camera (read: one-upping Snapchat). It’s a much more powerful chat app than it was just a few months ago.

The feature is rolling out to Android, iOS and the desktop version of Messenger, just in time for a big holiday video call with friends and family.