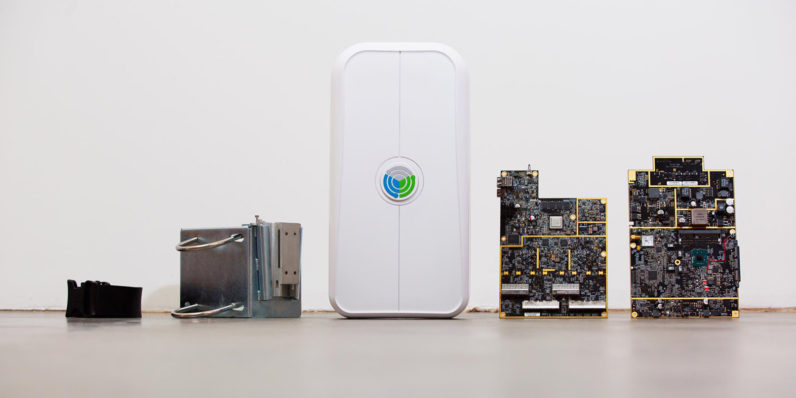 Over the past few years, Facebook has been working on novel ways to connect the world to the Web – from delivering internet services using drones and lasers to offering free access to select sites via a controversial platform in developing countries.

Its next foray in this endeavor is OpenCellular, a wireless access platform that supports a wide range of network platforms, including 2G, LTE and Wi-Fi access points. The idea is that its open source hardware and firmware can be deployed at a significantly lower cost than traditional network infrastructure, so that remote areas can be brought online more easily.

That means that a far-flung village doesn’t need expensive new cabling and signal towers to get connected – OpenCellular’s modular lunchbox-sized hardware can handle all that.

And no, Facebook isn’t going to roll out broadband services of its own. The company says that service providers can use its designs and control software for free to customize and manage these boxes, which are cheap to procure and maintain.

They’re designed to be mounted on a pole or tree at a range of heights and to withstand high winds, extreme temperatures, and harsh climates.

It might be a little while before these are rolled out across the world to connect the next four billion people. Facebook says it’s currently testing the system and has managed to get 2G services to work at its headquarters in Menlo Park, California.

It hopes to expand its trials to other locations and also improve on its hardware design to bring down costs.

The new initiative is another step for Facebook in its path to world domination; the more people that it can bring online, the more users it can garner for its ever-expanding social network and messaging platforms.

Of course, those people stand to benefit in many ways from getting connected to the Web. As long as they have access to an open Web and have the freedom to choose the online services and sources of information that they feel are right for them, it’s all good.

Read next: Kim Dotcom is building another Megaupload, this time with encrypted file storage