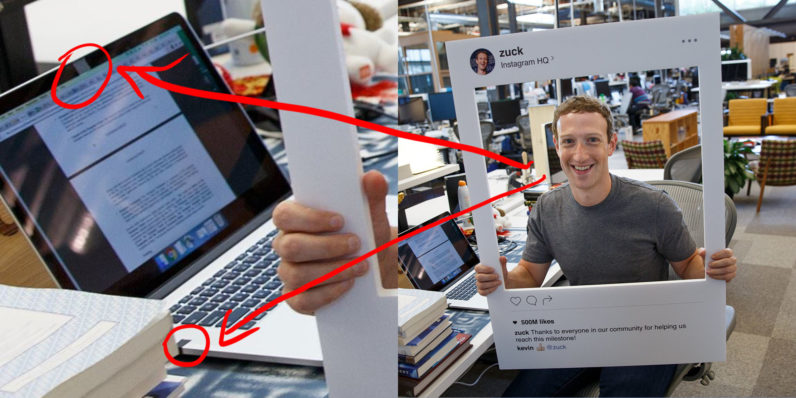 When you’re one of the richest persons on the planet and arguably the most powerful man in technology, how do you keep yourself safe from potential voyeuristic hackers? For Mark Zuckerberg, it seems you just need a little bit of tape.

Zuckerberg posted a congratulatory message to Facebook earlier after Instagram hit 500 million monthly users. That’s when Chris Olson and Gizmodo noticed that it appeared his MacBook’s webcam and audio port were covered with pieces of tape.

I mean, no one can hack your webcam when the image is physically blocked out anyway, right? Genius.

(And yes, that’s almost definitely Zuckerberg’s desk, as seen in his previous livestreams).

Jokes aside, Zuckerberg isn’t the only person to do this. FBI Director James Comey does it too, and it’s a lot simpler than implementing any software alternatives.

There’s some irony to the notion that Zuckerberg would be paranoid about people spying on him when Facebook makes its money from collecting user data. But hey, when your net worth is $38 billion, we can’t blame you for splurging a bit on security. I’m sure he can expense it to the company.

Read next: Huawei's MateBook is a $699 cross between the Surface and iPad Pro