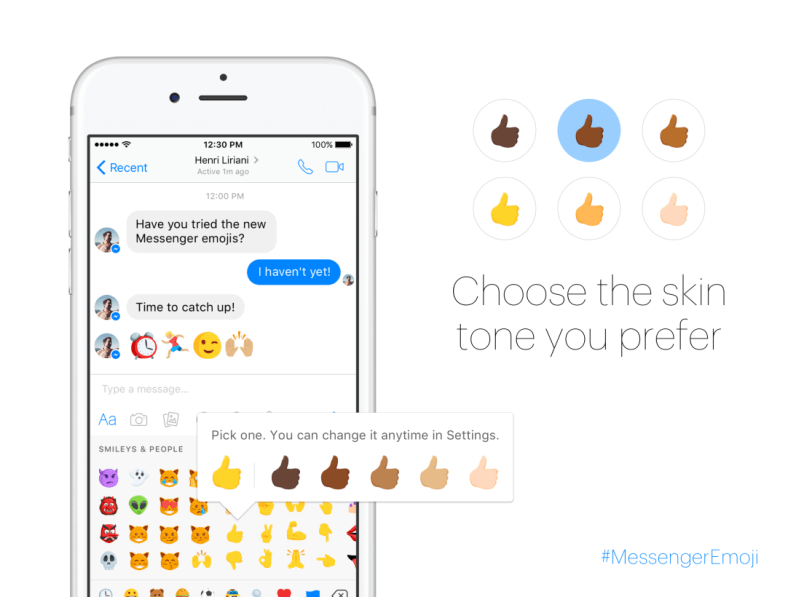 One small step for digital equality: Facebook today announced that it will roll out a new set of emoji specifically designed for Messenger – including new skin tone and gender options.

Previously, Messenger hand emoji defaulted to yellow – now, you’ll be able to pick from the five other skin tones approved by the Unicode Consortium. Emoji representing professionals like the police officer, swimmer, or surfer will also be available in a female version. It’s a reflection of what Google had proposed to better represent working women.

Facebook will also include gender-agnostic emoji for those who don’t clearly identify with any specific sex.

One last tidbit for gingers: you can now pick red as a hair color option! When the new emoji roll out, you can set your preferred hair color and skin tone to avoid having to pick every time – otherwise, it will default to yellow.

Facebook says the goal of these new emoji isn’t to just represent the diversity of its users, but to make the experience uniform across iOS and Android. The new emoji will begin rolling out today, and should be available globally by tomorrow.