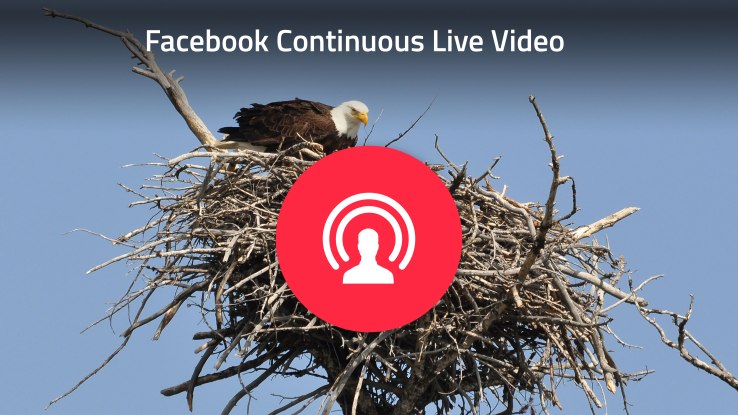 Facebook is adding the ability for Live broadcasts to be indefinite, but won’t let you save or share those streams.

A new Continuous Video API will make all of this possible, according to TechCrunch. It aims to host live feeds of nature, huge events and or just keeping an eye on your dog while you’re away at work.

Ahead of this API, Live streams were capped at 90 minutes (though I can’t imagine wanting to watch a 90-minute feed of anything). Longer form videos can be set to end at a given timeframe, though.

You could stream a family gathering for a remote relative, but choose to have it shut off after three hours. Professional services can choose to supplement a feed with Facebook Live for sporting events or the like.

Because it’s an API, other services can tap into Facebook Live for use in their own apps and services. It also lets professionals use high-end equipment instead of relying on a smartphone.

That also means it’s not going to be ready immediately. An API takes time to implement, but expect Facebook’s Live partners to take advantage sooner rather than later.

Read next: Amazon will no longer give you price adjustment refunds (except for TVs)